Home Uncategorized Vettel: The season is not over 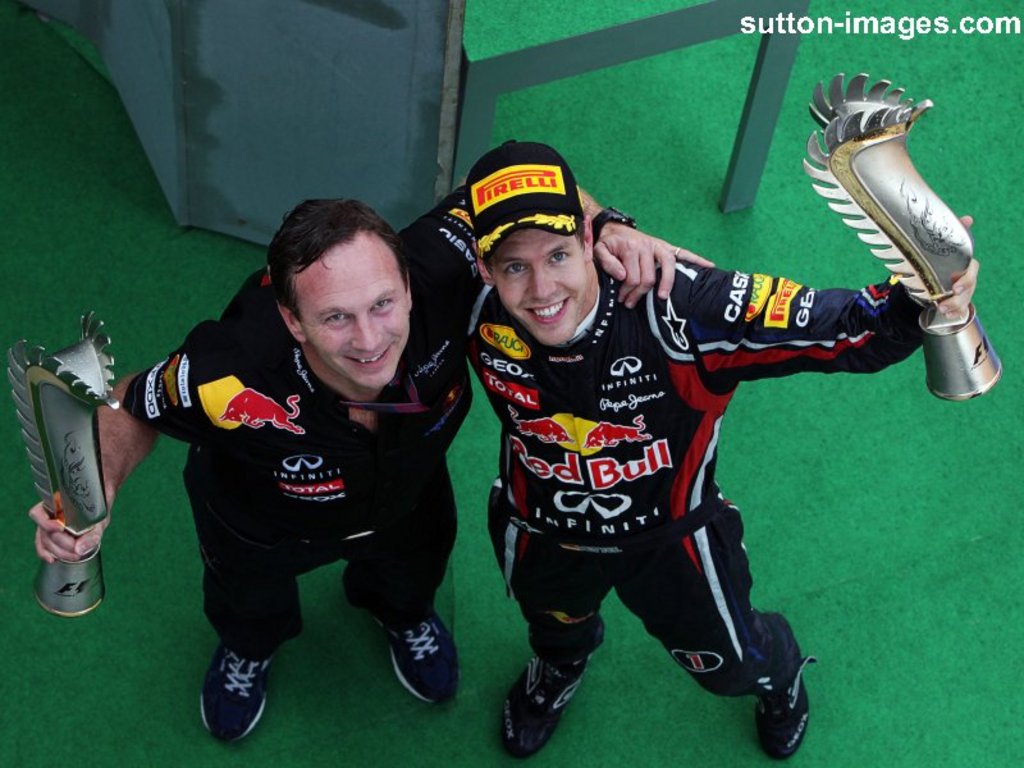 Sebastian Vettel says winning the Constructors’ Championship has taken a “lot of pressure” off his shoulders ahead of the final three races.

Having clinched the Drivers’ title at the Japanese GP, there were more celebrations for the German and his Red Bull as they wrapped up the Constructors’ crown a week later in Korea.

And with both titles in the bag, Vettel, who won the Korean GP after starting second on the grid, admits it has taken a lot of pressure off himself and his team.

“It seems to be very difficult for people to imagine what this really means, for the whole team and the whole factory,” he told the official F1 website.

“It is not only a boost for the people that are working at the track, where everyone sees that they are making a difference. There is also much more taking place behind the scenes: the team in Milton Keynes is working day in and day out, every day and every month of the year.

“It is down to them to build those two competitive cars which we have on the track and are able to push to their limits.

“It was a lot of fun on the track on Sunday, but also a lot of pressure has fallen off my shoulders after I crossed the line.”

The 24-year-old, though, insists Red Bull won’t be taking it easy in the final three races of the season, which they will tackle in the same manner as they did the 15 that took them to the title doublt.

“Our approach has been the same throughout the season. It is a long Championship and even though it is decided, it is not over yet.

“We put pressure on ourselves, as we want to perform. We feel when we did not get everything out of the car or ourselves, then we are not happy.

“Don’t get me wrong, I don’t mean we would be unhappy with a fifth. It is more about how things come together. If a fifth is what you deserve, then you can be happy to have reached that.

“On Sunday we were able to win, and this is what we are all after and we took our chance.”