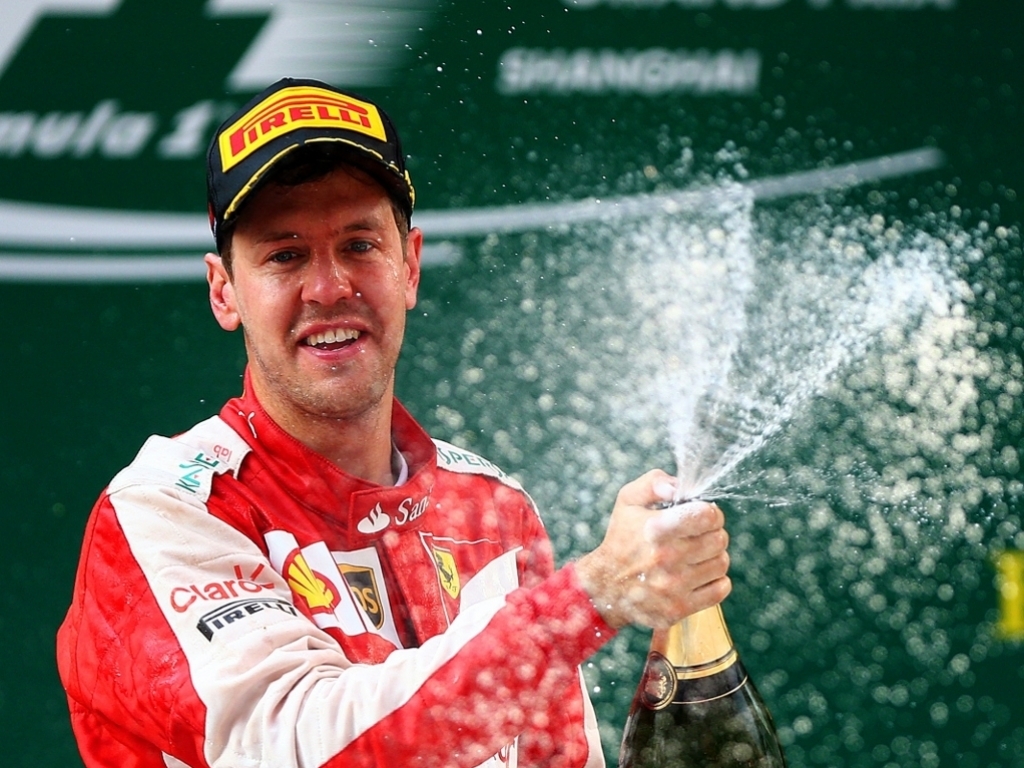 Having claimed his third podium in as many races, Sebastian Vettel was happy with his result in China but concedes Merc were too quick in the final stint.

Like his main rivals, Vettel started Sunday's Chinese Grand Prix on the soft tyres and stayed with that compound through the middle stint before swapping to the medium Pirellis.

That final swap signalled a change in form as while Vettel had previously kept Nico Rosberg in sight, the German and race winner Lewis Hamilton were both able to pull away from him once they donned the harder tyres.

Vettel held on to finish third, only seconds behind due to the race ending behind the Safety Car. It was third successive top-three result since joining Ferrari at the start of the year.

"It was a good race," said the four-time World Champion.

"We were a bit close on softer tyres to Mercedes. We were able to put some pressure on them.

"We tried to put more pressure on by stopping fairly early for the last set of tyres, but I think on the harder tyres they were just that bit too quick so they were able to pull away.

"From then onwards, we tried to control the race, and bring the podium back home which is a great success for us.

"I'm very happy. Thanks to the team, thanks back to the factory and to all the support here from the fans."

He added: "It's been three out of three podiums so it's been pretty good."