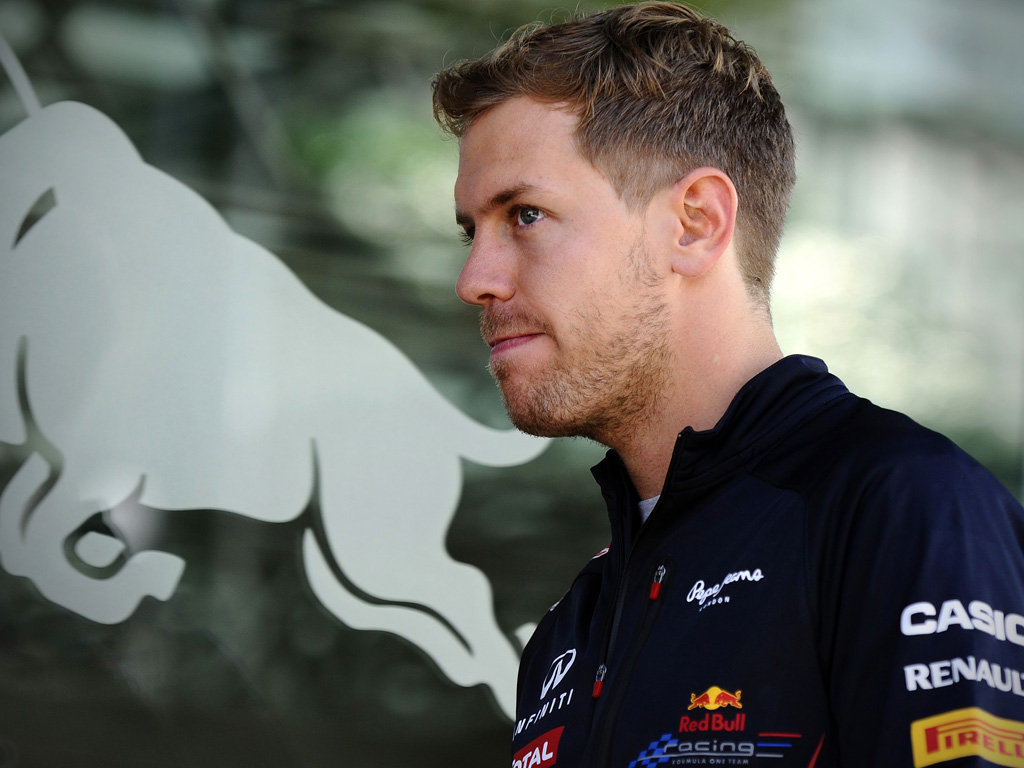 Sir Jackie Stewart has urged Sebastian Vettel not to trade Red Bull for Ferrari unless there is a major shift in power among the teams.

Sir Jackie Stewart has urged Sebastian Vettel not to trade Red Bull for Ferrari unless there is a major shift in power among the teams.

Vettel has been linked with a move to Ferrari for the 2014 season where he will link up with former World Champion Fernando Alonso.

Since joining Red Bull in 2009, Vettel finished runner-up to Jenson Button in his first season with the team and then went on to win back to back titles.

With this in mind, Stewart does not believe that the German should leave the Milton Keynes squad to go head to head with Alonso.

“No I wouldn’t. I wouldn’t do that at this time. I think Alonso’s far too strong for that. I think Alonso is so mature that he would see anybody off because of the relationship he has already built within Ferrari,” Stewart told James Allen on F1.

“I think it’s much better to let that pass for the moment and stay with Red Bull because he’s got a team of people that he knows intimately now who are really imperative for him to have and they feel that it’s imperative for them to have him. I wouldn’t break that mold at this time. In fact I would almost wait until I had a very bad year with a Red Bull before I would think of leaving.

“Then my option would be ‘who am I going to get who is going to provide me with what I need’ – and it may not necessarily be Ferrari.”

Stewart paid tribute to Vettel whom he says has achieved incredible things at such a young age.

“I think he’s remarkable,” said the Scot. “He certainly was the most mature 24-year-old I had seen in Formula 1. Now he’s 25 and I don’t see the end of that coming – I think his mind management has had a lot to do with that. For somebody of that age to have the mind recognition to be able to discipline himself in such a fashion I think is extraordinary.

“He occasionally lets out one that he shouldn’t but then he grabs it back knowing that that is the wrong way to go. I think he is surrounded by good people: he’s still very good with his family, I think he leads a normal life in his own way in comparison to what he is as a world figure in sport. He’s held that down in a very mature way for a young man. I think his skill’s going to continue for a good many years.”