Home Uncategorized Vettel: To finally get the acceptance 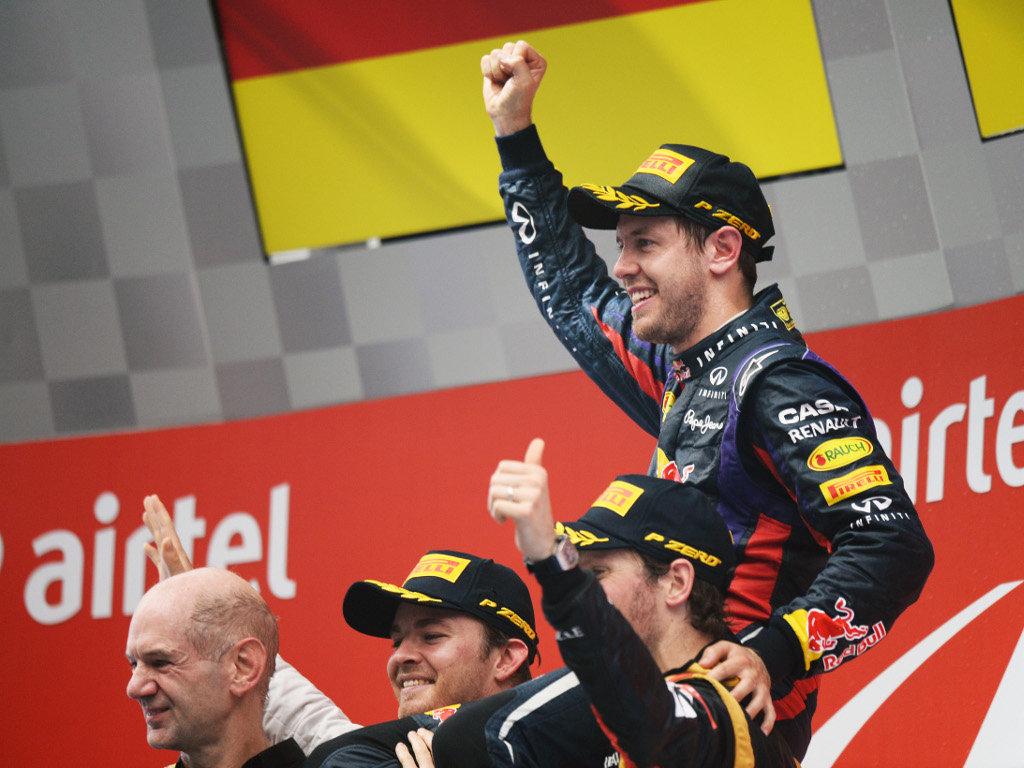 Sebastian Vettel was overwhelmed as he joined F1’s greats of Schumacher, Prost and Fangio in winning his fourth World title in India…

Sebastian Vettel was overwhelmed as he joined F1’s greats of Schumacher, Prost and Fangio in winning his fourth World title in India.

The Red Bull racer fought back from an early pit stop to claim his third Indian Grand Prix victory, coming from 17th to win by almost half a minute of Nico Rosberg.

It was an impressive display of racing and put to rest questions about Vettel’s ability to overtake.

The triumph, his fourth on the trot, saw him join Michael Schumacher and Juan Manuel Fangio as only the third driver to have achieved that feat. He also became only the fourth driver to have even won four as Alain Prost is also on that list.

“I am speechless and I was empty when I crossed the line,” he said. “I spent ages thinking what to say, there is so much you want to say at a time like that.

“It is a pleasure to jump in the car and go out and drive for the guys and give it all I have. The car was phenomenal today and has been phenomenal all season to be honest.

“I want to say a big thank you to everyone who is behind the team, it has not been an easy season. From the outside people will think it was easy but it wasn’t.

“It has been hard for me in particular, to be booed when I have not done anything wrong was hard but I think I answered the things on the track which I am very pleased about.

“To finally get the acceptance we all want as racing drivers is exceptional, to join the list of Prost and Michael.”

The German, winner of 36 grands prix, billed Sunday’s glory as one of his best days ever and reflected a bit on the years gone by.

However, he concedes he won’t really grasp the magnitude of his success until he looks back in the years to come.

“I’m overwhelmed, I don’t know what to say but it is the best day of my life so far.

“You try to think back to when you started, to race against these drivers, to race in Formula One it is unbelievable.

“It is incredible to race some of the best drivers in the world that Formula One ever had and to come out on top of them is fantastic.

“I don’t feel old, but I’m getting old and to achieve that in such a short of amount of time is difficult to grasp.

“Maybe in 10 years time I will look back and realise the enormity.”

As for the donuts he did in front of the main grandstand to mark the occasion, the German said: “I had to do it. Usually we are not allowed to but it felt right at the time.”