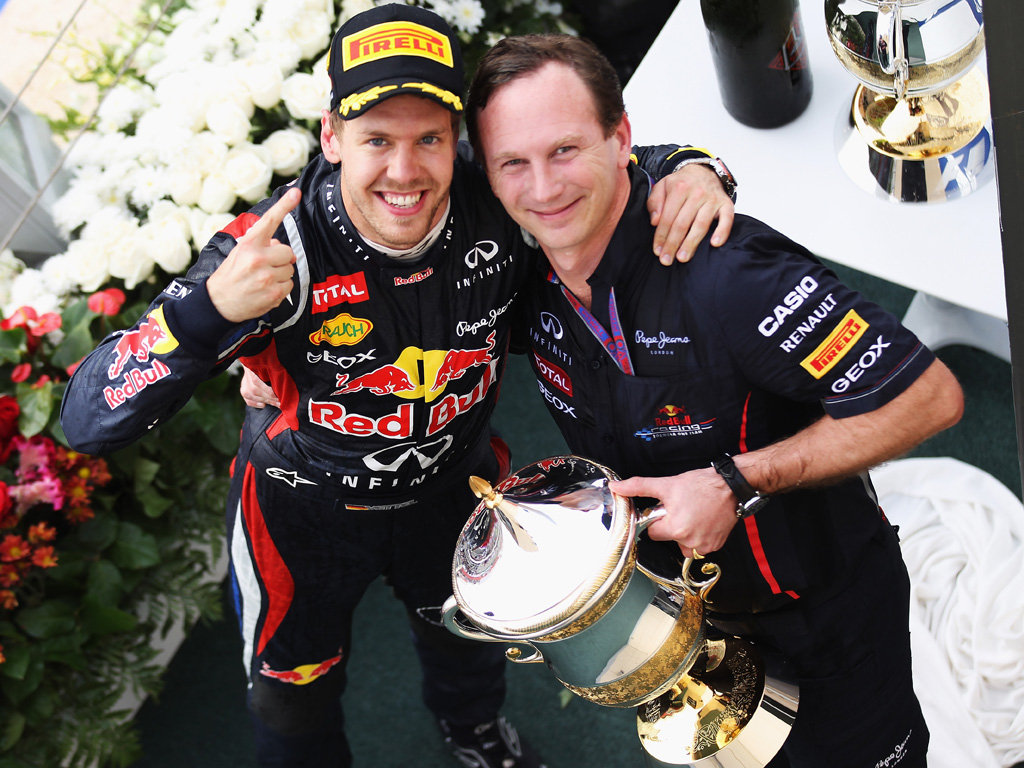 World Champion Sebastian Vettel reveals that he can’t imagine leaving Red Bull, even after his current deal expires in 2014….

World Champion Sebastian Vettel reveals that he can’t imagine leaving Red Bull, even after his current deal expires in 2014.

Vettel has been consistently linked with a move to Ferrari, but having joined Red Bull from their sister team Toro Rosso in 2009, the German insists he feels completely at home with the British outfit.

“I’ve been wearing a Red Bull helmet for almost my entire career. It is difficult to imagine another kind of life if you are so used to it,” Vettel told Autosport.

“It would be like when you turn 18, 19 and move out of your family’s home. I am very happy where I am right now and I don’t want to move on to anywhere else.”

While Vettel thoroughly dominated the 2011 season, claiming 11 victories and 17 podiums from 19 races, he has only managed one win thus far this year, with six different drivers crossing the finish line first in the opening six races.

This supposed gluttony of winners has caused some to criticise the current running, suggesting that the inconsistency will turn fans away from the sport. However, the 24-year-old disagrees.

“If you look back ten years, there was heavy criticism of a boring F1 because of Michael (Schumacher) winning all the time. Now we hear F1 is unpredictable and a lottery,” he said.

“You cannot satisfy all people every time, but I think we have a good show, a lot of overtaking, good action now. There is more tension – for people who watch and for us inside the cars. I think I like the way it goes, however, we have to be careful not to create something artificially.”

As he looks to win his third World title on the trot, Vettel believes that it will be consistency – not just race wins – that will determine who wins this year’s Championship.

“People only remember our wins, but they forget a bit how tight it often was,” he explained.

“Yes, we won some races in which we did not have the strongest package.
“This year there are much more candidates to win races than before. Therefore it gets more essential to collect as many points as possible in every race.”