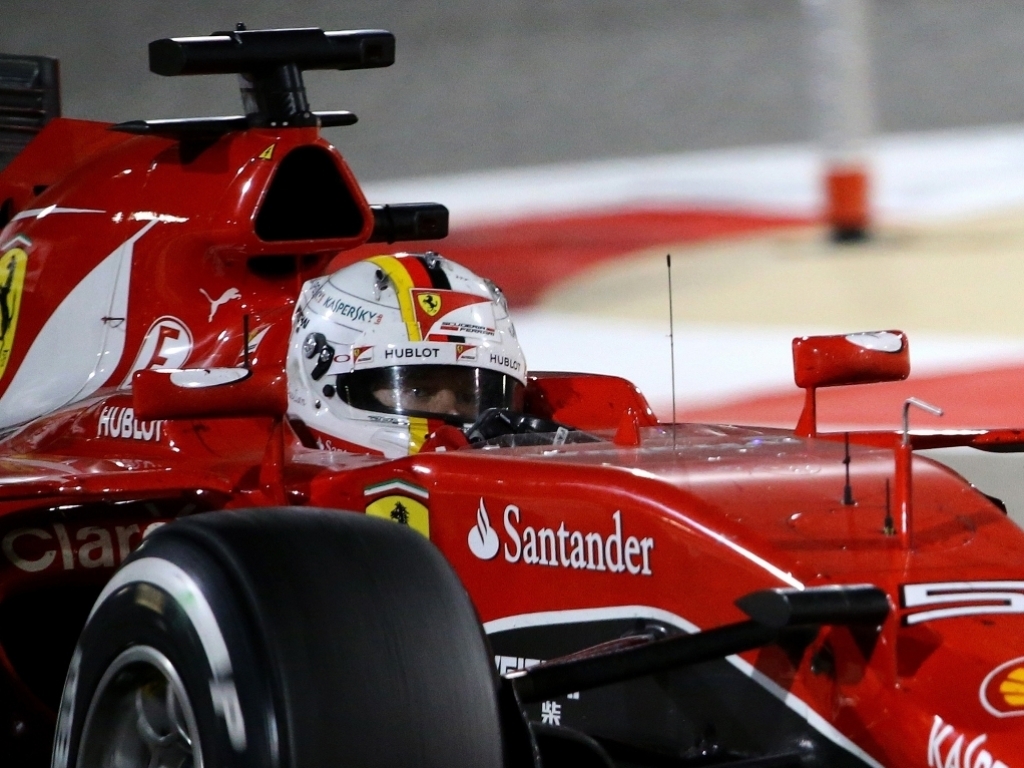 Sebastian Vettel may be the closest challenger to Mercedes but has downplayed talk of him fighting for this year's Drivers' Championship.

Four races into his Ferrari career, Vettel already has three podium results – one of which was the race victory in Malaysia – and two front row grid positions.

With 65 points to his tally, he is just one behind Nico Rosberg although Championship leader Lewis Hamilton is 27 ahead of his Mercedes team-mate.

Ferrari's progress this season has led some to question whether a title tilt could be on the cards. Vettel, though, has downplayed the suggestion.

"My mind is now in April, there is a long way to go when you talk about the whole season," he told F1i.

"Up to now we can be very happy, overall it is a big surprise how good and strong we are, so that is very positive. We had a strong weekend in total [in Bahrain].

"Everything else will be a surprise, they had a strong season last year and a strong build up at the start of this year, and I think it is amazing to see how good we are this year.

"It will take a while before we are a decent match but for sure every weekend that is coming, we try to put more and more pressure on if we can."

The four-time World Champion went on to explain that there is still "plenty" of work that Ferrari need to do before they can seriously catch Mercedes and challenge for the ultimate prize.

"There is plenty of stuff we need to do and improve, so that is where my focus is.

"I think that is our best chance, looking at whatever you might call it, looking at performing well this year, having the strongest chance for the Championship, whatever.

"It is April, it is the time where you keep your feet on the ground and we are not the favourites, we know that, but at this stage I think we have surprised a lot of people, so we know we can do well and we know we can do better."