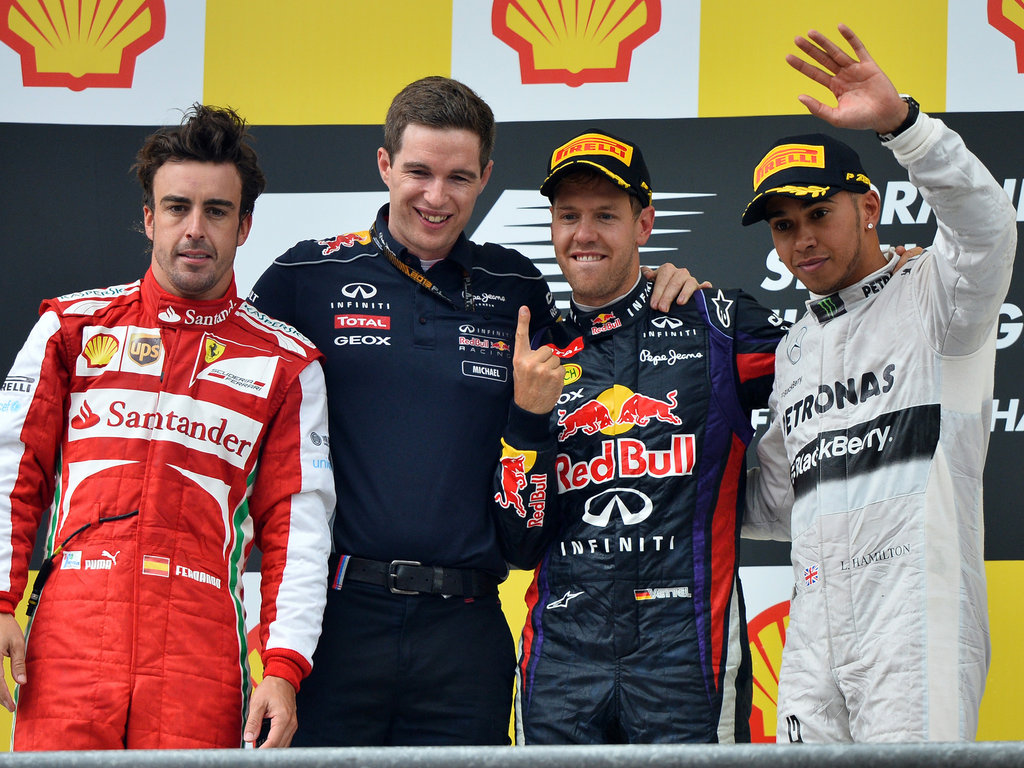 He may have a healthy lead at the top of the Championship, but Sebastian Vettel is determined not to rest on his laurels…

He may have a healthy lead at the top of the Championship, but Sebastian Vettel is determined not to rest on his laurels.

The three-time World Champion opened a 46-point lead in the Drivers’ standings on Sunday after securing a comfortable victory at the Belgian Grand Prix.

Vettel, though, knows things can change very quickly in Formula One and history has shown that you only need one or two bits of misfortune to allow the rest of the pack to catch up with you.

“I have proven myself in 2010 and 2012 how quickly you can come back,” the German told Sky Sports in an interview. “In that regard we will just try to continue step by step and not get carried away with anything else and just focus on the job.”

Although he has cosy lead over Ferrari’s Alonso with Lewis Hamilton from Mercedes another 12 points behind and Kimi Raikkonen of Lotus a further five points adrift, Vettel warns the trio will battle for the title right until the end.

“I’m not completely aware of what’s going on behind because I’m not a fan of looking at the scoreboard every minute,” he said. “But Fernando has proven to be very, very consistent. Kimi, even though he didn’t have the best race [in Belgium] and had to retire, has always been in the points in every single race. Lewis proved to have a very strong package together with Mercedes. And in fairness, so does Nico [Rosberg]. He didn’t have the best start to the season so he’s lacking a little bit of points in that regard.”

He added: “At the end of the day I keep it very simple, on purpose as well. There are a lot of points still out there to get, and definitely more points than my lead.”

Meanwhile, team principal Christian Horner also warns that Vettel’s rivals should not be written as there are still eight races left in the season.

“Fernando managed to do it last year so nothing’s impossible! 25 points for a victory, a couple of DNFs and somebody puts a run together and you can be on the back foot again,” Horner said.

“We’ve got ourselves in to a strong position but our focus is very much on moving on from Spa to Monza and then from there on to the international races, so we’ll just take it one race at a time.”