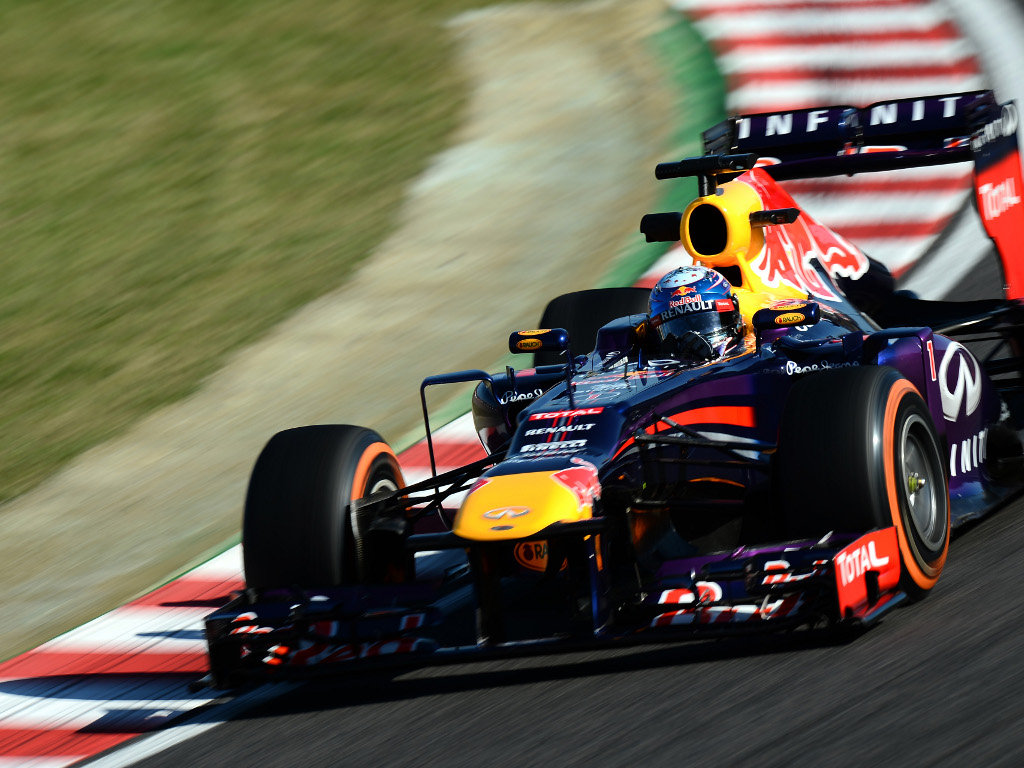 Sebastian Vettel reckons tyre management could be “tricky” in Japan after an error-strewn Friday practice.

The reigning World Champion arrived at the Suzuka circuit on the cusp of winning his fourth successive Drivers’ title. Should he win the race and Fernando Alonso finish ninth or lower, the crown will be Vettel’s.

However, winning the race may not be that easy if Friday’s action was anything to go by.

Several drivers had major crashes while others just struggled to keep their Pirellis sticking to the asphalt.

Vettel, though, not only succeeded in getting through both practice sessions unscathed, he also did so quickest of all.

“There is a little bit of room for improvement, especially in looking after the tyres, which will be crucial,” said the Red Bull driver.

“Not so much over one lap in qualifying but obviously for the race.

“It’s tricky and we’ve seen that a lot of people are struggling and there have been lots of mistakes.

“It’s a difficult track for the drivers but also on tyres it’s very hard. It will be a big challenge to find the best strategy on Sunday.”

Merc’s Nico Rosberg was a further tenth off the pace in third place with Vettel expecting a strong challenge from the Merc duo in Saturday’s qualifying.

“The car works fine at the moment, but we need to make sure we set it up the right way,” he said.

“It’s good to see we are up there today, but it’s not always so important; we need to step up our game for tomorrow, as Mercedes will be strong in qualifying.”