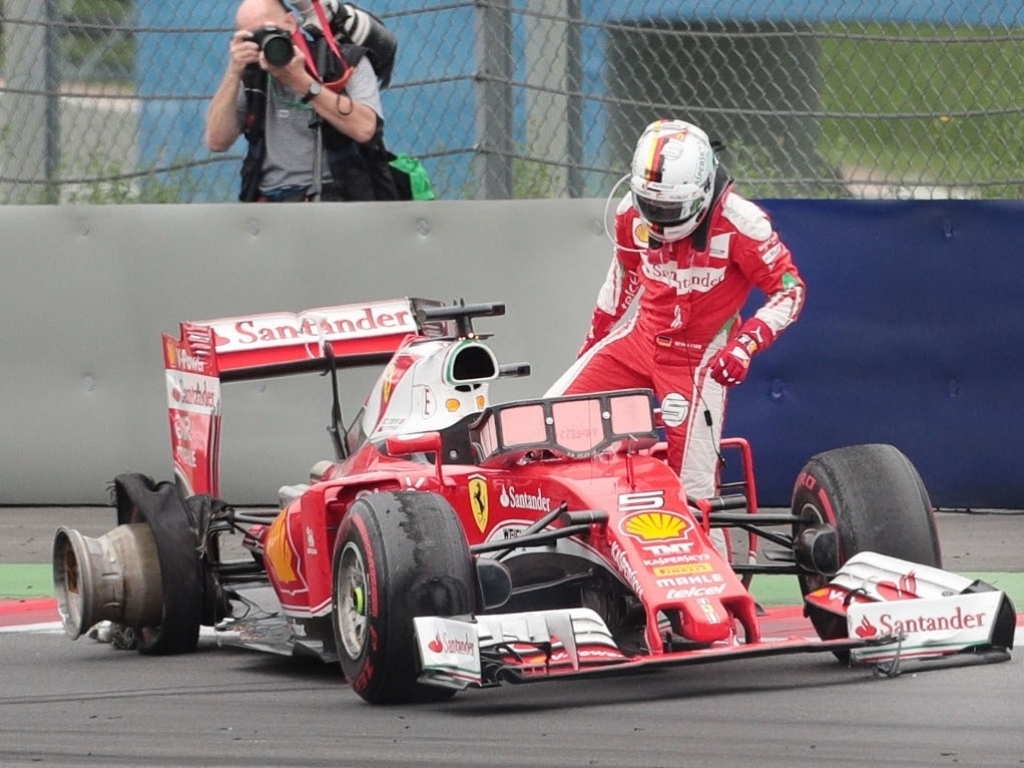 Sebastian Vettel says he had no warning before his rear right tyre exploded on lap 27 of the Austrian Grand Prix.

The Ferrari driver, who started the race ninth on the grid, progressed toward the front in the opening stint of Sunday's racing and eventually took the lead when Kimi Raikkonen.

However, still to pit himself, Vettel's race came to naught when his rear right tyre blew.

The German was pitched into the barrier along the start/finish straight at speed, ending his grand prix.

“I heard the collapse, but the tyre suddenly exploded out of nowhere,” he told Gazzetta dello Sport.

“Before then it was normal, everything seemed under control and the pressure was at the same level as the laps before.

“I don’t know what happened, the performance was consistent and we hadn’t had any negative signals from it.

“It’s a question mark because the rubber had performed so well up to now.”