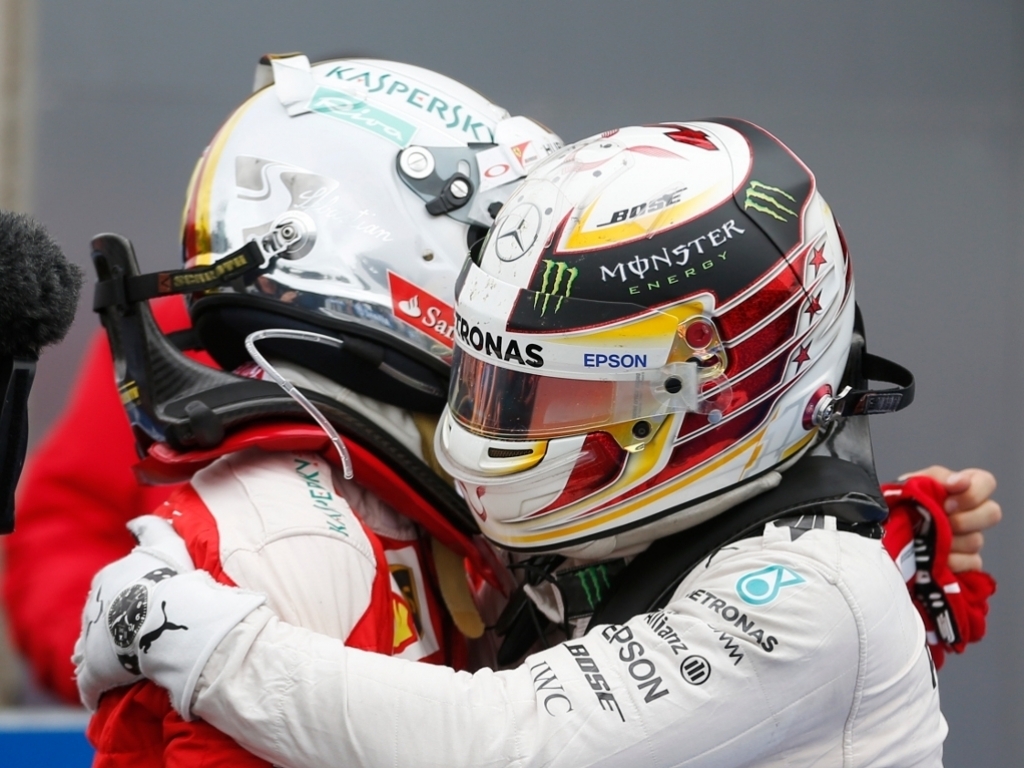 The Ferrari driver made a flying start to the 70-lap race as he stormed around the outside of Hamilton to lead into the first corner.

But having opted for a two-stop strategy compared to Hamilton’s one-stopper, Vettel lost out in the end and took the chequered flag in second place.

The German has refuted suggestions that he may have had a problem in the latter stages as he tried to close the gap to Hamilton – in fact his only issue was the Mercedes drivers’ superior pace.

“Lewis was a bit too quick, that was an issue,” he said with a smile.

“I think we had a great weekend.

“We had a fantastic start and then Lap 1 was a bit hairy as I struggled to stop the car in the last corner.

“It was very windy today so maybe we struggled with the wind from behind but I was pushing all race.

“I think we committed fairly early to a different strategy which we were planning to come back and then Lewis had the chance to stay out and see what the tyres were doing.

“Probably the tyres lasted a bit better than what we expected so that made it quite tricky but with fresher tyres I did close the gap.”

The result elevated Vettel up to third in the Drivers’ Championship on 78 points, 38 behind championship leader Nico Rosberg.

He added: “Overall a great weekend for us.

“We struggled a little bit in the last couple of races from the beginning of the season and now to see that the car has performance and unleash it.”