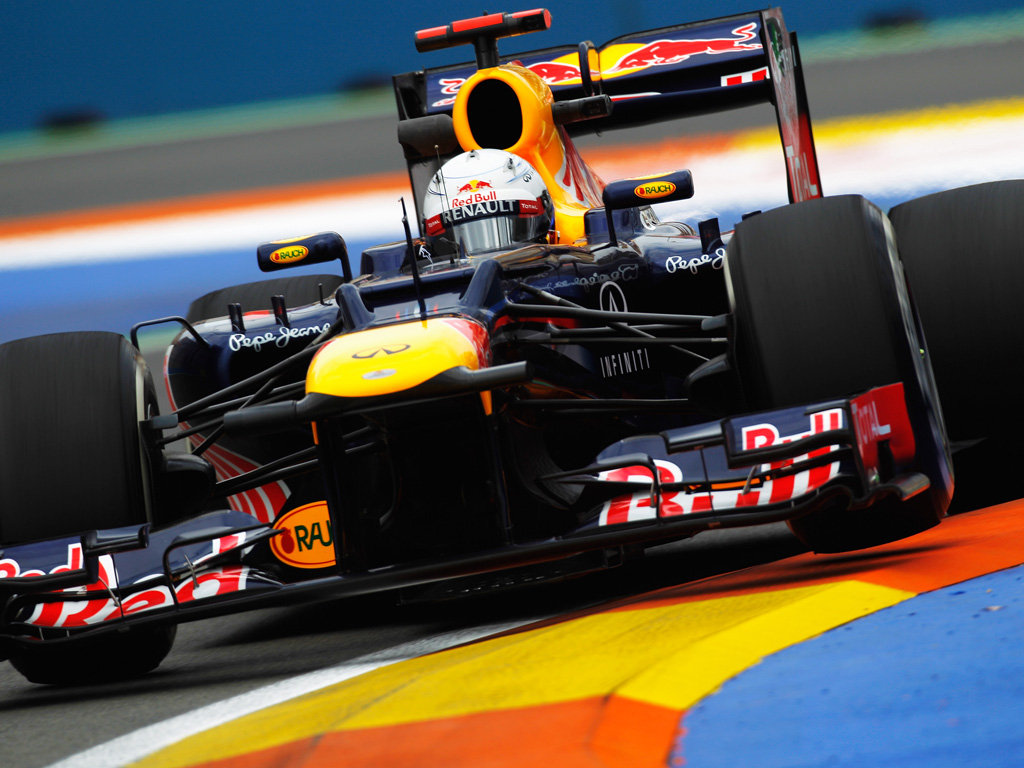 Sebastian Vettel will not pass judgement on Red Bull’s new updates, saying Friday’s running didn’t get them the opportunity to reach a “fair conclusion”

Sebastian Vettel will not pass judgement on Red Bull’s new updates, saying Friday’s running didn’t get them the opportunity to reach a “fair conclusion”.

Red Bull arrived in Valencia for round eight of the Championship with several significant updates for their RB8’s front wing, floor, sidepods, front suspension and diffuser.

The reigning World Champion, who is bidding for his third successive European GP victory, finished Friday’s practices at the front of the timesheets with a 1:39.334.

But despite his pace, which was a tenth quicker than his nearest rival, Vettel says he’s not yet ready to pass judgement on the upgrades.

“We have some new bits but I think lap times are not allowing us to have a fair conclusion yet,” said the RBR driver.

“For us it was important to have a clean practice, a clean day today with no troubles or problems. I’m quite happy with what we did. I think conditions might change quite a bit until Sunday again. It was surprisingly cool today.

“It’s still warm but I think Sunday could be quite a bit hotter, so it could make a difference. But for now I think we’ve collected some quiet good data, we’ll see now whether we made a step or not.”

with the temperatures expected to rise as the weekend progresses it remains to be seen which teams and drivers will cope best with the hotter conditions.

However, for Friday it was a case of working with what they had even though the changing conditions later in the weekend mean strategy is still undecided.

“I think on Saturday everyone is targeting to put the car as high up as possible and ideally put it on pole. And on Sunday obviously you want to win the race. So it’s pretty straightforward.

“It’s very close these days, as we’ve seen a lot of things can happen, with different strategies etc.

“I think it’s not entirely clear yet what is the ideal strategy for Sunday. We’ll hopefully make another step tomorrow and see where we are in terms of pace and how competitive we are.

“The most important thing on Friday is to get a straight day, a good day of testing. It’s pretty tricky here. The track gets used once a year, and this morning it was very dusty and very slippery, a lot of wind, this afternoon it was a lot more consistent.

“I don’t know what other people did, but for us it was important to stick to the programme, which we succeeded at.”