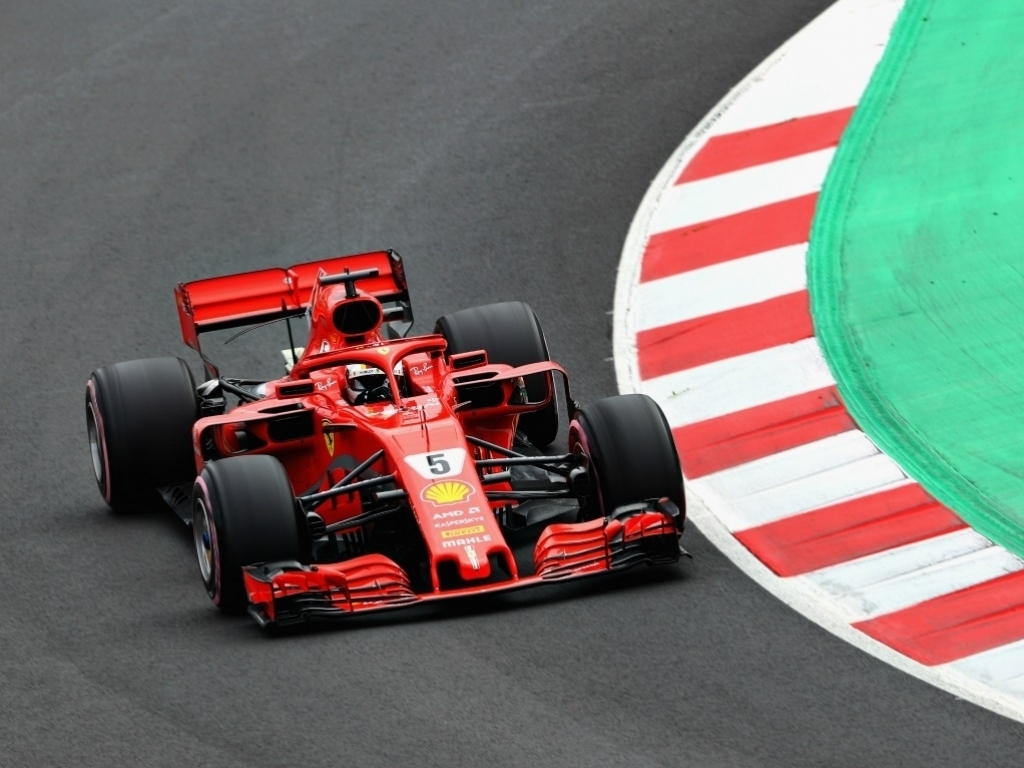 Sebastian Vettel set a new unofficial lap record at the Circuit de Catalunya after posting a 1:17.182 in the morning session of day three.

Inside the final hour before the lunch break, Vettel emerged from the pit lane with the hypersoft tyres bolted on for the first time and lit up the timesheets soon after, becoming the first driver to dip into the 1:17 benchmark.

The record kept getting broken before Vettel, with another fresh set of hypers at his disposal, eventually rested on a time that is nearly a second quicker than Daniel Ricciardo's previous best set on the same tyre on Tuesday.

There are signs of even more pace to come from Ferrari as Vettel's best sector times would have produced a lap of 1:17.052.

It left the German comfortably at the top of the standings ahead of the afternoon session, over a second clear of Haas' Kevin Magnussen who showed good pace on the supersoft tyre with a 1:18.360.

Nico Hulkenberg, Pierre Gasly and Stoffel Vandoorne all followed in the standings, with Renault, Toro Rosso and McLaren all performing some qualifying runs as well.

Vandoorne's progress stalled, though, and the MCL33 was a notable absentee for a couple of hours before briefly returning to the track.

Valtteri Bottas stayed out of the spotlight in P7, but racked up nearly a century of laps before the lunch break as he predominantly focused on long runs with medium tyres.

Elsewhere, Robert Kubica set both his and Willliams' best time of testing so far – a 1:19.629 on softs – while Max Verstappen put in the hard miles with 77 laps to his name at the foot of the timesheets.