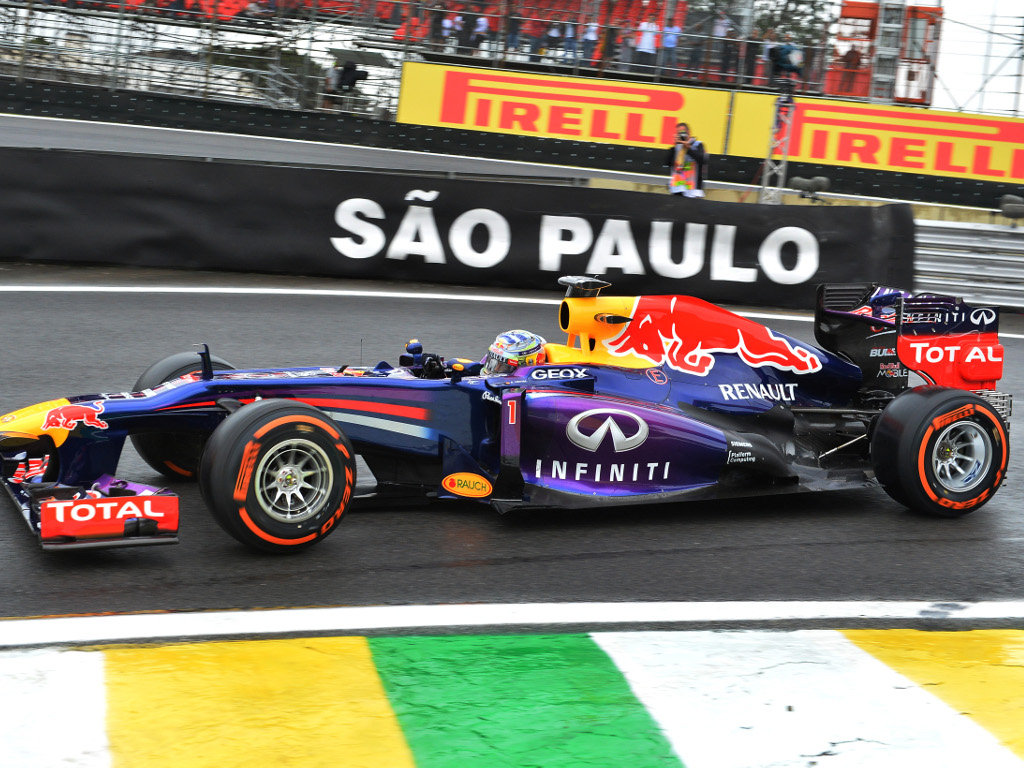 Sebastian Vettel concedes that making the “right call” to suit the conditions will be vital at this weekend’s Brazilian GP.

The drivers had to deal with tricky conditions in Friday’s practices where midway through the first session a dry line began to appear only for the rain to return.

With heavy showers later in the day, the conditions began to improve 20 minutes before the end, prompting a mad dash – and a battle between Red Bull and Nico Rosberg for the P1 slot.

“We knew it would be wet today and might be tricky,” said Vettel, who is chasing his nineth successive race win this weekend. “The main loss from the rain was that we didn’t run on the 2014 tyres.

“Not many people went out this afternoon in order to save tyres for the weekend – it’s a bit of a shame for those in the grandstands, but unfortunately it’s like this.

“Come Saturday and Sunday, we may need to have the tyres available.

“It was good to get a bit of a base line in these conditions; we need to be sharp for the next two days and make the right calls.”

Meanwhile, Webber says he had a productive final Friday at the Interlagos circuit and expects more of the same come Saturday.

“We were working on understanding the tyres in both conditions today,” he said.

“It was a productive day in preparation for tomorrow, as we expect some more wet conditions.

“We have to understand the inters on both long and short runs and also try to save tyres, so it was a testing day for the teams, but overall we got what we could out of the day.”