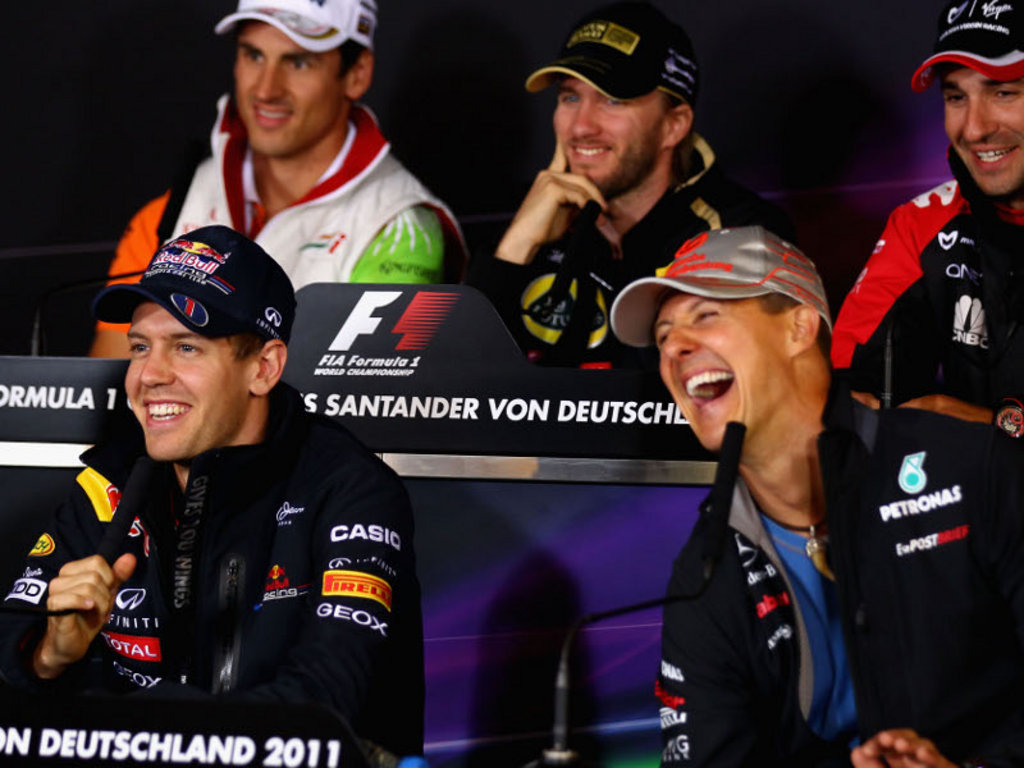 Sebastian Vettel believes no-one will ever emulate the feats of Michael Schumacher – not even himself.

Schumacher is the driver who possesses virtually every meaningful Formula One record, yet there are many who feel Vettel will one day go on to eclipse such achievements.

In his prime Schumacher won seven World titles, 91 grands prix, was on pole 68 times, set 76 fastest laps and managed 154 podiums – all leading the way in their respective categories.

In contrast, Vettel’s career – despite the fact he is on course for back-to-back Championships – is still very much in its infancy.

But when asked to assess whether he “could become the next Michael Schumacher” by one interviewer, his response suggested such a task is beyond him.

“I can rate many of Michael’s seasons, obviously winning the title seven times,” said Vettel, sat alongside Schumacher at the time of the question.

“He had very good seasons, but he also had seasons where he was in a bit of trouble and came through it, making huge progress with the team and himself even though he didn’t win the Championship.

“But surely, for all of us, with his big footsteps, they are very, very difficult to fill. Everything he achieved is quite phenomenal.

Vettel goes into the weekend chasing his first victory on home soil which, if achieved, would strengthen his grip on the title.

The 24-year-old currently leads Red Bull team-mate Mark Webber by 80 points with 10 rounds of the season remaining going into Sunday’s race at the Nurburgring.

As with McLaren pair Lewis Hamilton and Jenson Button a fortnight ago with the British Grand Prix at Silverstone, Vettel will be spurred on by his home crowd.

“It is always great to have the opportunity to race in your home country, in front of your home crowd,” said Vettel.

“Many times people talk about this kind of race increasing pressure or throwing up something that could slow you down.

“But to be honest it is more positive than anything else when you have people in the grandstands, people inside and outside the paddock supporting you, trying to push you forward to allow you to find an extra tenth (of a second) or two around the lap.”