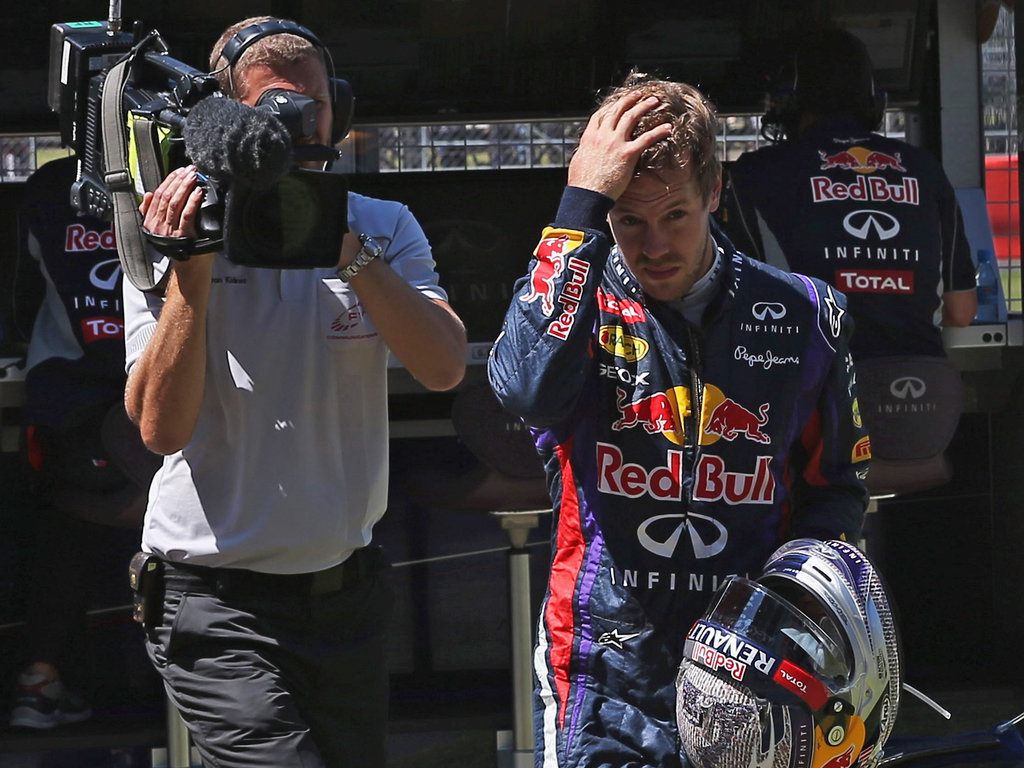 Sebastian Vettel is determined to return to Silverstone next year to try to win the British GP after this year’s race ended in disaster.

Having started P3 on the grid, Vettel got a good start off the line and found himself sandwiched between the Mercedes cars of Lewis Hamilton and Nico Rosberg after the opening lap.

Hamilton, though, suffered a puncture after only eight laps, allowing Vettel to claim P1 and the Red Bull driver looked to be cruising to victory after that until he was also hit by misfortune.

His RB8’s gearbox broke with 10 laps to go and he was forced to retire.

“The fifth gear broke and it was not possible to carry on,” the Red Bull driver said.

“It would have been a nice race to win. It’s difficult to feel inside the car what is wrong, and I saw Lewis’s problem with his tyre and we were told to avoid the curb and maintain position. We have to come back again next year and try to win.”