Home Uncategorized Vettel vows to hold onto the passion 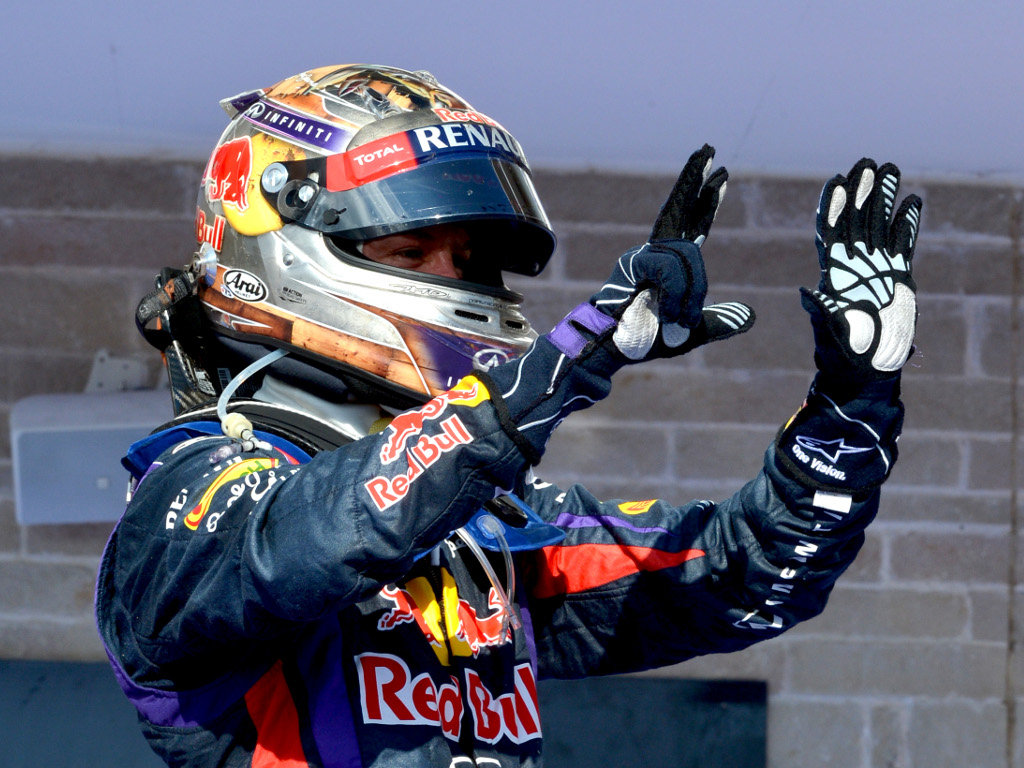 Even after taking his eighth successive win on Sunday, Sebastian Vettel insists he has lost none of his hunger for success…

Even after taking his eighth successive win on Sunday, Sebastian Vettel insists he has lost none of his hunger for success.

The four-time World Champion is proving to be unstoppable at the moment, putting in a lights to flag victory at the Circuit of the Americas on Sunday.

That Austin triumph saw the German claim the record for the most consecutive wins in one season and should he triumph at the next race in Brazil he will equal Alberto Ascari’s all-time mark of nine consecutive wins set in 1952-53.

But despite his run of success, Vettel is adamant he won’t let complacency slip into his game.

“On Saturday I took a shower and had one of these odd thoughts coming in; we had another pole but people tend to forget how much work we put in, I remembered back in 2008 how happy I was to once in my life be on pole [at the Italian Grand Prix for Toro Rosso],” he said.

“Obviously I come here and get a lot of questions but people don’t appreciate the fact that we did the fastest lap, because we’ve done it so many times in the past.

“But you should never lose the passion and the joy and always remember the days when you were just dreaming of these things happening. For all of us it is important just to enjoy the moment and there is more time later on in our lives to realise what it meant.

“Other people can expect what they want, but as long as we don’t expect to win all the time and get lazy it’s okay. The moment you are not hungry anymore or you ask yourself what you are doing, it’s time to move on and do something else.

“It’s not the case, I jump in the car and just want to be fastest. It happens more lately but you shouldn’t just allow yourself to get used to it.”

As for his record-breaking eighth race win on the trot, the Red Bull driver admits it is “very difficult” to grasp the reality of the situation.

“It makes us very proud of that moment. I think it is very difficult for all of us to realise what it means.

“One day people might look back and talk about our time and what we have done as a team. Everybody is happy to just turn up and give it everything.

“If there is one thing, that is the secret. Yes, the car has been mostly very reliable but it is the mindset we have, trying to give it everything we have, not miss a single step.

“People tend to forget that every single weekend is a challenge on its own. To have such an incredible run is very difficult to realise.”