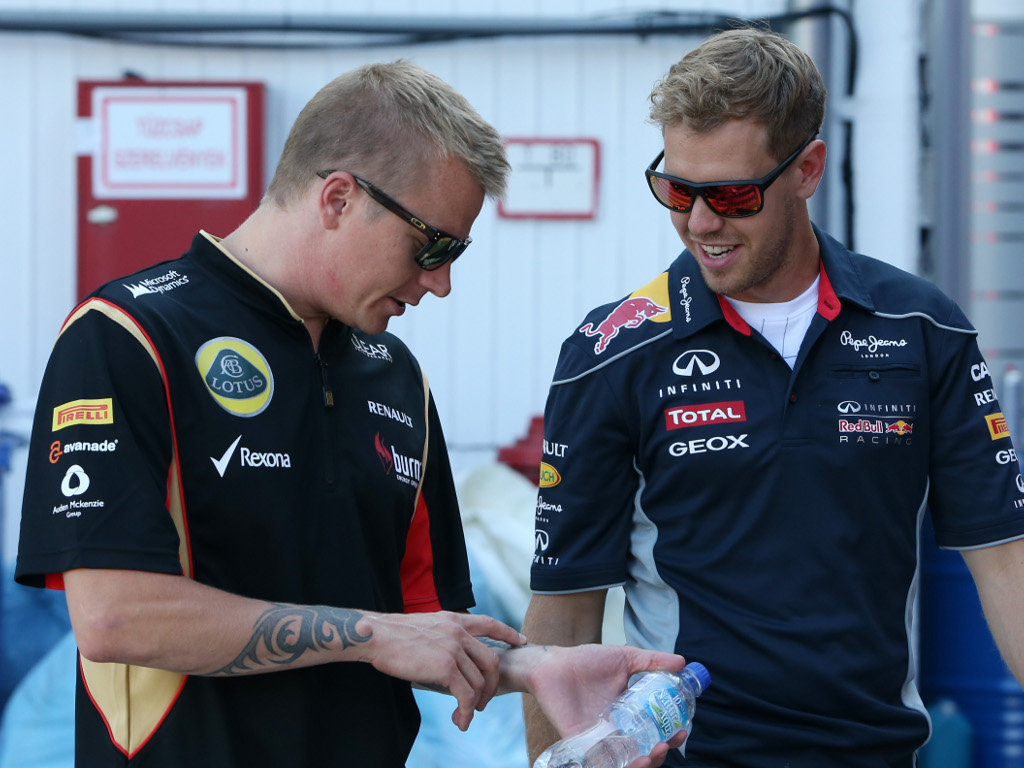 Sebastian Vettel concedes it was not his best Sunday afternoon in Hungary despite yet again extending his lead in the Championship race.

As he qualified second at the Hungaroring, Vettel started on the dirty side of the grid and was bogged down at the start while Lewis Hamilton stormed into the lead.

Vettel, though, held onto second place before dropping back in the first round of pit stops.

This put the German behind Jenson Button on the track and when he went to pass down into Turn One the two touched resulting in a broken front wing for Vettel.

But despite driving with a damaged car, Vettel still finished in third place and even mounted a brief – and unsuccessful challenge – on Kimi Raikkonen’s second place.

“It was not the best race,” admitted the German.

“The start was difficult and when Lewis pulled in we thought we could do it on the softs.

“I damaged my front wing which did not help.”

He added: “I tried to hang on in there and tried to fight back with Kimi. I could not get him on the straight.

And that frustration was evident when Vettel yelled about Raikkonen’s defensive driving over the team radio.

Later asked if he had spoken to Raikkonen about it, he said: “I told Kimi I was not happy but he was laughing. That’s racing.”

Heading into the summer break, Vettel now leads Raikkonen by 38 points with Fernando Alonso a further one behind.