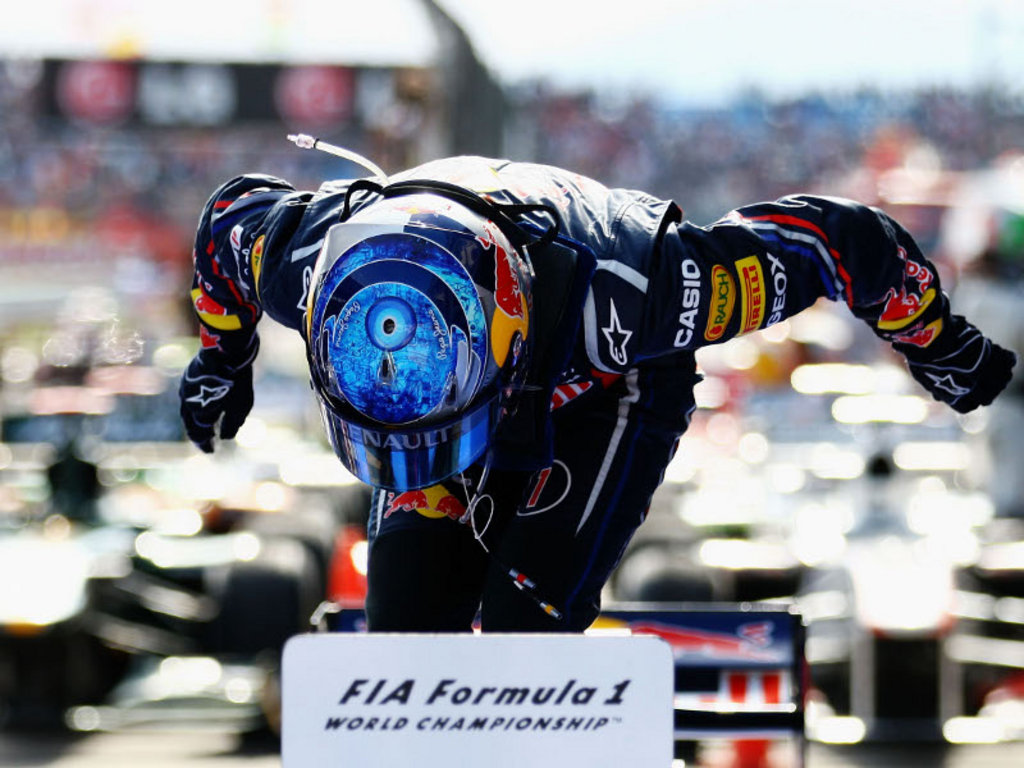 After three wins in four races, reigning Champ Sebastian Vettel had every right to celebrate following his triumphant performance in Turkey…

After three wins in four races, reigning Champ Sebastian Vettel had every right to celebrate on Sunday following his triumphant performance in Turkey.

But instead of revelling in his Red Bull team’s dramatic one-two finish – Mark Webber claiming his highest finish of the season – ahead of all their rivals, the 23-year-old German said he was keen to make sure everyone kept their feet on the ground and remained calm.

He now leads the title race by 34 points ahead of McLaren’s Lewis Hamilton, who could only manage fourth place on Sunday.

“It’s good to get as many points as you can at every single race,” said the reigning World Champion. “But we see how quickly it can change.

“We saw it last year with this guy (Fernando Alonso) coming and going, so we have to really go step by step, see every race as its own and try and maximise our points.

“A good start to the season always helps, but there is a long way to go. Four out of 19. So, you can work out how many more points there are to get so we have to keep focused.”

Vettel thanked his team for their hard work in repairing his car, dubbed ‘Kinky Kylie’ after he had almost destroyed it in a major accident during Friday’s rain-hit first practice session.

“On Friday, I had an accident and crashed the car badly. All the guys, even Mark’s guys helped and fixed the car. It meant some extra hours which I am sorry for, but yesterday and today made up for it.

“I am pleased with the results and a big ‘thanks’ to the team.”

He admitted he was open about his strategy and said the Red Bull team had learned from their mistakes in China where they were beaten by Hamilton.

He said: “It wasn’t easy from the start to know what is going to happen.

“You have an idea about the tyres and how long they will last, but you have to wait for the first and second stints to see the trend. I could have stayed out on primes (soft), but if the safety car comes out you are on used tyres.

“So I had a another short stint. I was very much in control, I am very happy with how we communicated with the race and how we reacted.

“I am very pleased and since China we have definitely made a step forward. We have learned our lesson and have to make sure we keep momentum into the next race.”