Home Uncategorized Vettel was worried fans would ‘jump on the track’ 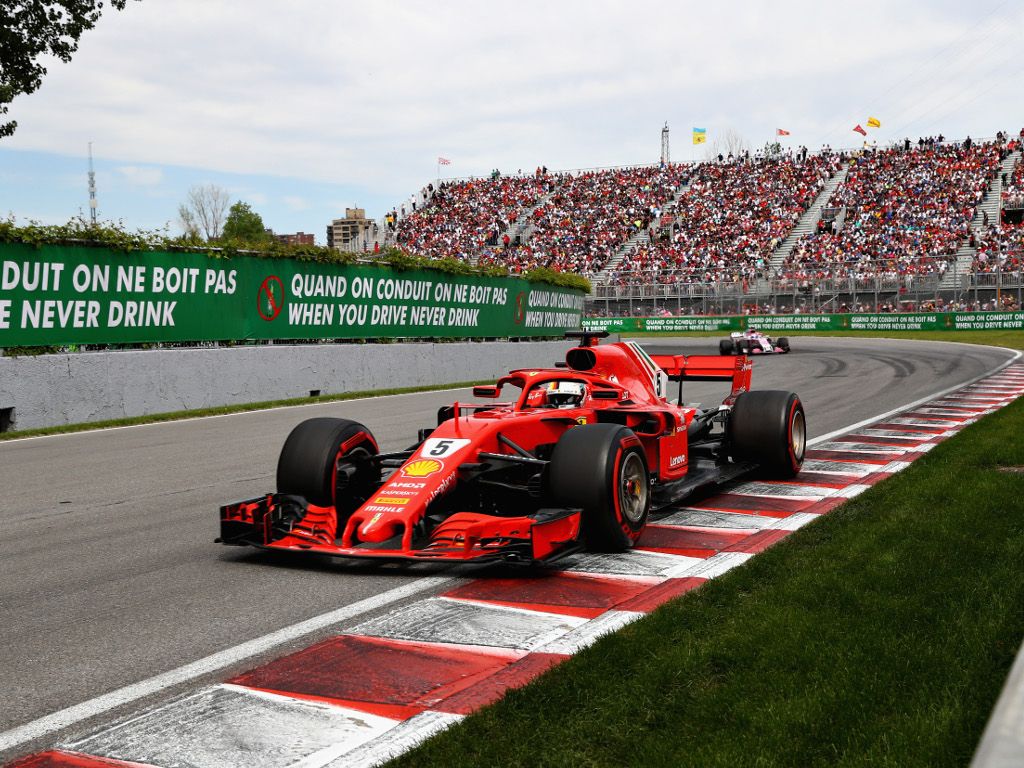 Realising the chequered flag had been waved prematurely, Sebastian Vettel says he was worried fans would “jump on the track” while the race was still going.

Vettel was leading Sunday’s Canadian Grand Prix when the chequered flag was waved on lap 69 of 70.

The Ferrari driver was immediately aware that it was premature and let Ferrari, and the race stewards know, through a radio message.

The German completed the 70 laps, winning the grand prix which was counted back to lap 68 because of the incident.

“But if you lose radio and maybe the pit board is not there, then you back off, and being in the lead, you hope all the others back off as well!

“I was just worried, I told them on the last lap, so people don’t jump on the track, waving flags and celebrating, because we are still going at full pace.

“I even watched on TV [on a trackside big screen] and after I saw the chequered flag it said ‘FINAL LAP’ [on the TV graphics], so then I was a bit confused.

“I told them that I think the race isn’t over yet, and they said, ‘no no no, keep pushing’.

“Some of the marshals were already celebrating – they peaked a bit early.”