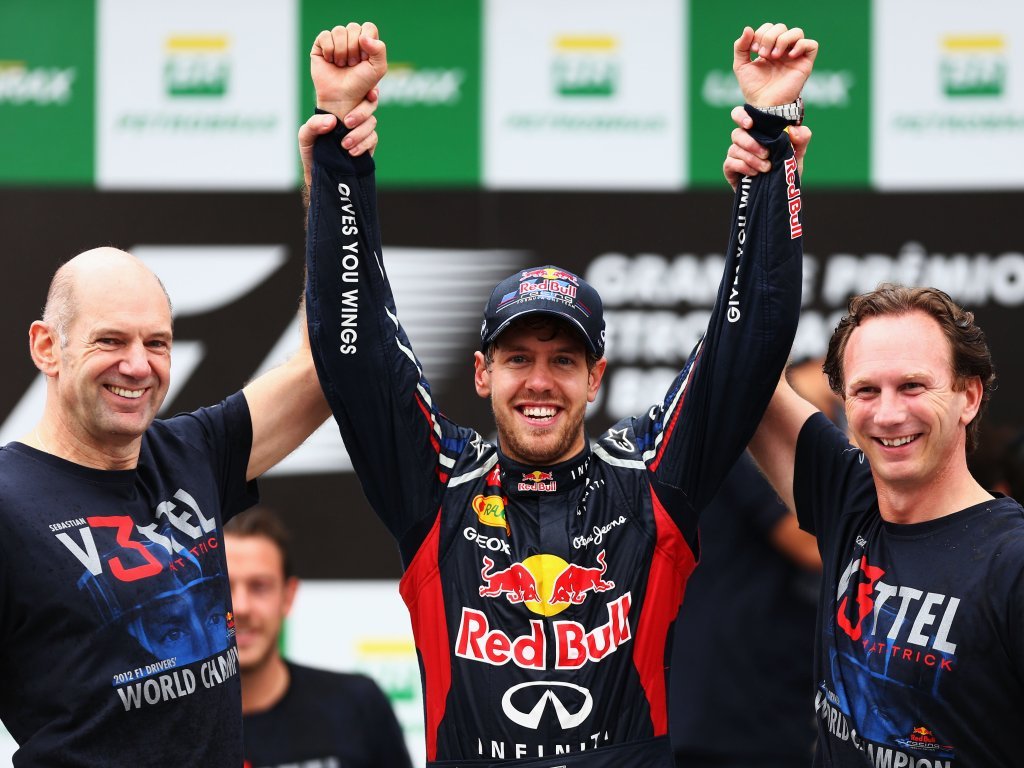 World Champion Sebastian Vettel insists that he was not concerned by Ferrari’s query regarding his conduct at the Brazilian GP.

Three days after Vettel had secured his third title at the season-ending race at Interlagos, Ferrari asked the FIA for clarification regarding Vettel’s overtaking of Jean-Eric Vergne on lap four of the race, which they believed may have occurred under yellow flags.

Had this been the case, the outcome of the title race could have changed. However, Vettel was cleared of any wrongdoing and the Red Bull driver says he never feared he would have the Championship crown taken away from him.

“To be honest, I never wasted one single thought that an irregularity was involved from my side,” he told the official Formula One website.

“Even if it was an eventful race I definitely saw all the flags – and their colours! I only got information that Ferrari was up to something after Christian (Horner) called me saying that obviously Ferrari was not too happy with the outcome of the race.

“After the FIA had checked every single inch of the recording of the situation in question – and confirmed that everything was according to rules – Ferrari renounced any protests.

“But believe it or not I knew since the chequered flag that there was not a single movement wrong from my side.”

Having been involved in an opening-lap shunt, the race nearly ended in disastrous fashion for Vettel who believes that the situation in Brazil – and the season as a whole – reminded him the importance of paying attention to every little detail.

“It was such a crazy race with unforeseen situations looming almost around every corner – you could rightfully use the word chaotic – and that it ended for us the way it did was due to the fact that we never lost sight of the bigger picture,” he explained.

“You start to understand how many small steps it takes to achieve such a result – steps that, when they happen, probably have no big significance for you in that very moment, but that can have quite an impact on the final result. I think that 2012 – and especially that Brazilian race – has taught us that success lies in the detail.”

The 25-year-old adds that another key to Red Bull’s success was fighting for every advantage they could and never losing focus on their goals.

“What was key this year was that we never stopped believing,” he said.

“And believe me, that is easier said than done. There are so many ‘experts’ out there making throwaway remarks about who will be the champion and who the loser, and you don’t have to let that get to you. Not the positive and not the negative. You have to focus completely on your own business and never worry about what other people do or don’t do.

“What some of my competitors might have underestimated – but which probably was a huge cornerstone of the success – is the understanding that every single point counts. Only three points – nearly even less – stood between first and second in the end, between having your name on the trophy again or not.”