Home Uncategorized Vettel: We are here to fight 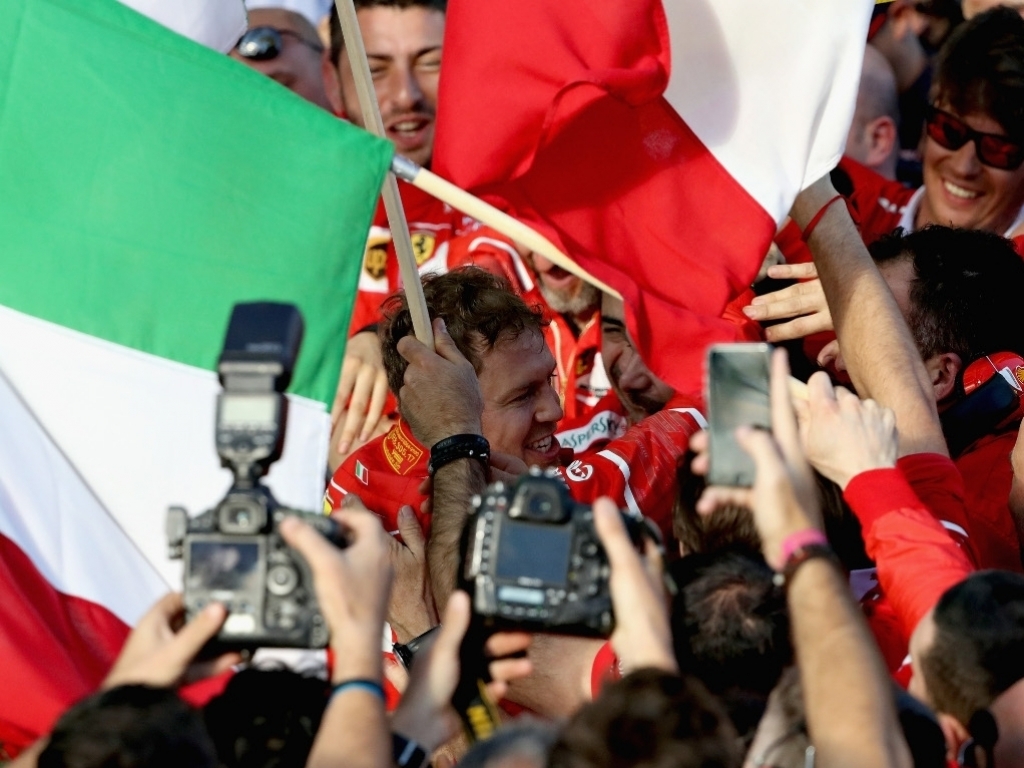 Back to winning ways for the first time since 2015, Sebastian Vettel hailed Ferrari’s “really, really hard” work, saying the win was “what we needed.”

Having claimed his first front row start position since 2015, the German overcut Lewis Hamilton in the pit stops to lead the Australian Grand Prix.

Showing superior race pace, Vettel continued to build up a lead over the chasing Mercedes drivers and took the chequered flag by 9.9s ahead of Hamilton.

It was Ferrari’s first Australian GP win in 10 years.

“Unbelievable, ” Vettel enthused. “It was a fantastic grand prix

“It was what we needed.

“The whole team has been working really, really hard.

“The guys didn’t get much sleep here and back at the factory.

“The car is really behaving well, incredible fun to drive.

Speaking about his race, Vettel revealed that wheel spin off the line meant he briefly fell into the clutches of Valtteri Bottas but he was able to pull away before applying pressure on Hamilton.

Helped a bit by traffic in the form of Max Verstappen, Vettel was able to push all the way to the finish line and reckons this year’s harder Pirellis made it all the more “fun.”

He added: “Start wasn’t entirely happy, had a bit of a wheel spin off the line so Lewis was a bit better.

“Then I had to take care of Valtteri into Turn 1.

“After that I tried to keep the pressure on, to make sure they get the message that we are here, here to fight.

“Obviously got a bit lucky when Lewis came out in traffic but the tyres were there, the car was working good so excellent job.

“You could push much harder, last year you pushed a couple of laps and then the tyres were dropping off.

“The tyres are still dropping off a bit but you can keep pushing, keep braking at the same point.

“And at the end with the harder tyres it was more fun in the fast corners.”

And with a 43rd victory in the bag, Vettel was asked about the championship.

That, though, is a “long, long way ahead.

“For now we are just over the moon, happy.

“Hard winter and an incredible race.”