Home Uncategorized Vettel: We can still improve for both runs 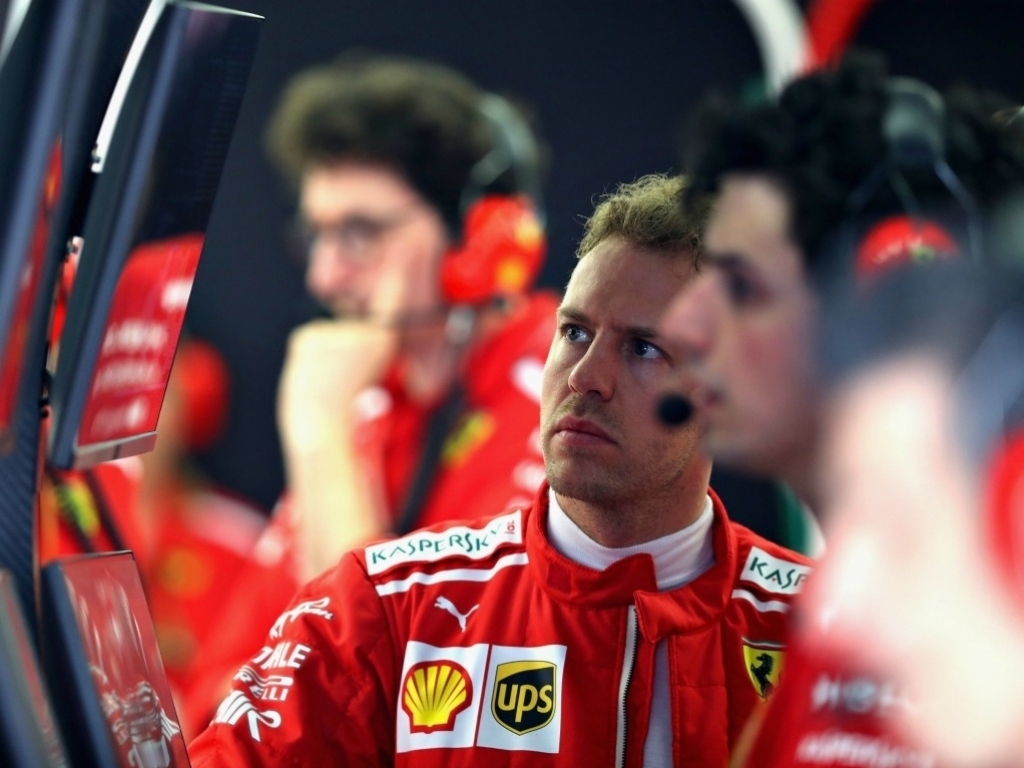 Although Sebastian Vettel is already much happier with the front end balance of his SF71H, the German believes there is more to come from Ferrari in Bahrain.

Vettel and Kimi Raikkonen claimed the 1-2 at the Bahrain International circuit on Friday night with the Finn edging his team-mate by 0.011s.

The two Ferrari drivers were half a second up on their nearest rival, Valtteri Bottas, on a night in which the supersofts didn’t give the pace that many expected.

Both managed to take roughly two-tenths off their soft tyre runs when they swapped to the red-marked tyres.

However, it wasn’t just on short runs that Ferrari impressed with Vettel setting some of the best times on his long run on the soft tyres.

“Looks like we were a bit quicker than the rest but it depends a bit on the programme so at this point I would not jump in any conclusions,” he said.

“We’re focusing on our selves, on the set-up mostly and try to get a better feel which at times was good, other times was not yet there.

“In Australia we found our selves a little bit behind, also in terms of feeling not yet happy so we tried some stuff today, mostly trying to fix the front end because it hasn’t been very strong in Australia and it got a bit better so let’s see where we are tomorrow.

“We can still improve for both short and long runs. I didn’t see what the others did. My long run I think was okay, it should have been a bit stronger but as I said we try different things with the car and the balance.”