Home Uncategorized Vettel: We haven’t won anything yet 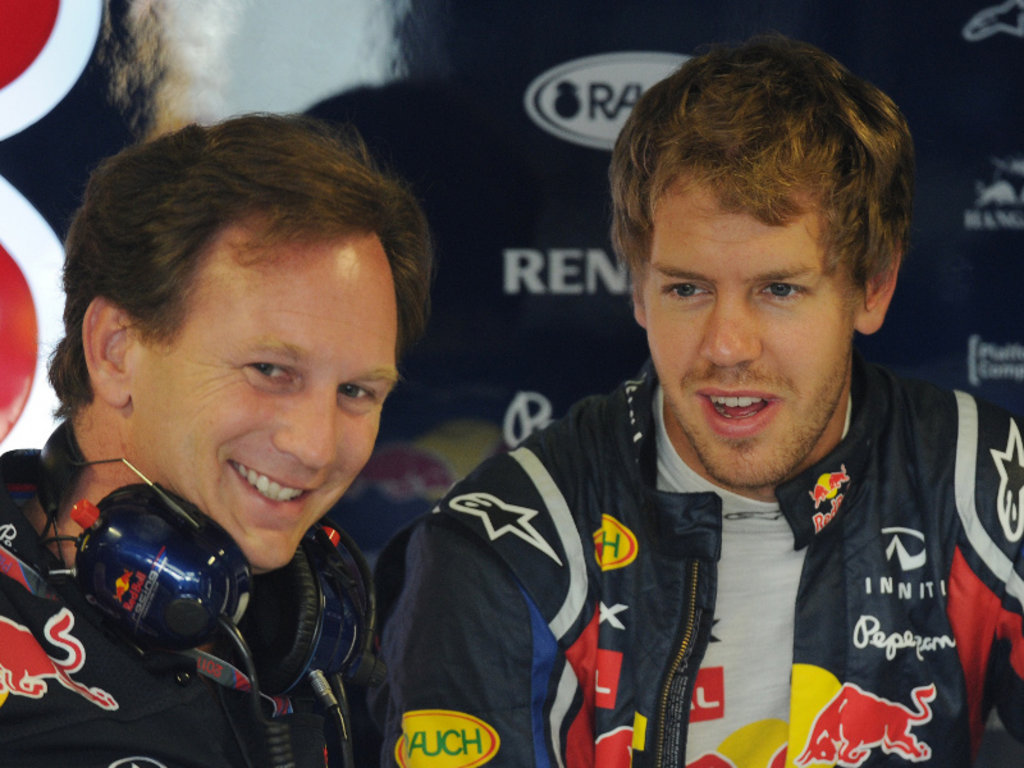 Sebastian Vettel insists he does not feel any pressure to clinch the World title in Singapore, saying it doesn’t matter where, it only matters that he does…

Sebastian Vettel insists he does not feel any pressure to clinch the World title in Singapore, saying it doesn’t matter where, it only matters that he does.

Vettel stands on the cusp of yet again writing his name into Formula One’s record books, this time as the youngest-ever double World Champion.

And with his nearest rival 112 points off the pace, the Red Bull driver could secure that feat this weekend at the Singapore GP.

Although there are several parameters, which include Jenson Button, Mark Webber and Lewis Hamilton’s finishing positions, the main one to consider is that if Vettel takes 13 more points than Fernando Alonso this Sunday he will retain the title.

However, the 24-year-old insists he’s not feeling any pressure to secure the crown this weekend as neither the venue nor the number of races remaining matter.

In fact, he says the only thing that does count is that he wins it.

“So far we haven’t won anything but we are in a good position,” the German said. “We have to race and do our best.

“It’s one of the most difficult tracks for the cars and drivers. A lot of people talk about it but certain things have to happen.

“The target is to optimise our performance. Our target going into the season was to defend our title. It doesn’t matter when, it matters to us only that it happens.

“There is always pressure on me and on us because we always want to achieve the maximum. I don’t feel any extra pressure trying to win the championship here.

“Our target was not to win the title by Singapore, it was just to win it. This race is as important as any other one.”

Vettel is also adamant he will not change his approach or race for points if he has a chance of taking the lead and winning the grand prix.

“The risk you take always depends on the chance you see. If you see the chance to pass the car in front you go for it. If you think the risk is too high you don’t got for it.

“It would be wrong to drive around with the handbrake on saying, ‘I just want to finish.’

“On the other hand, it’s wrong to go into the race and say, ‘I need to risk something’. It’s a long season with many races, at some point you will make mistakes, that’s natural. The more experience you get the fewer mistakes you make.

“If we get a chance then we’ll go for it, if not there’s no reason to do anything stupid.”