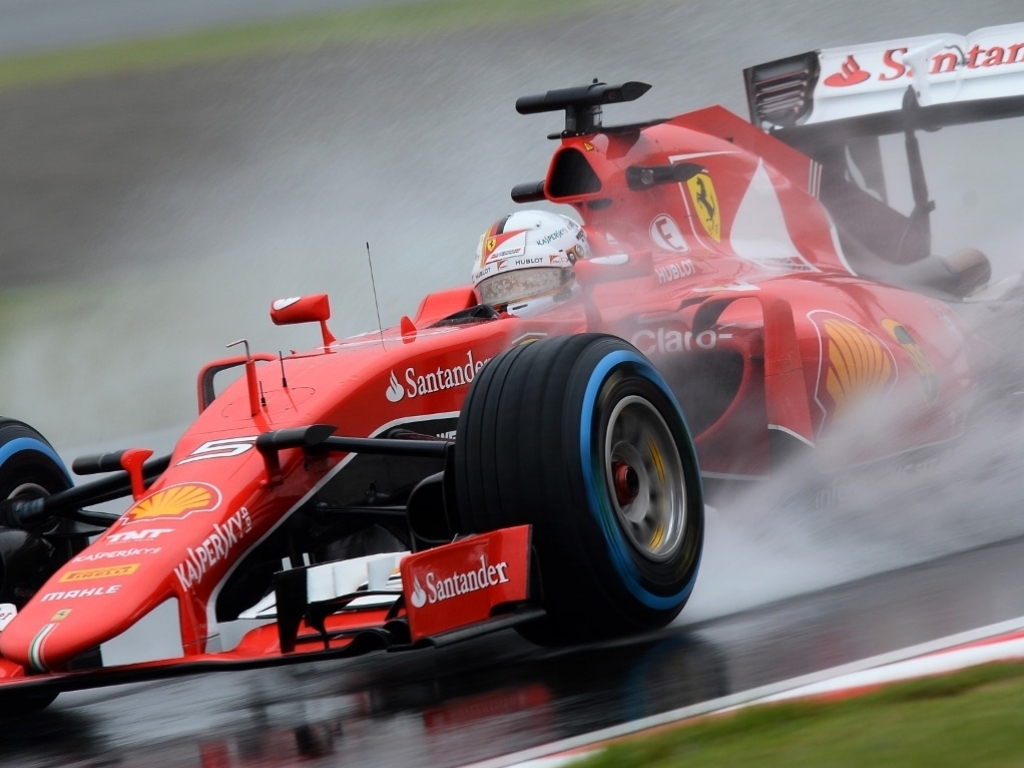 Sebastian Vettel concedes Ferrari were not where they wanted to be at the start of the day in Suzuka, but they managed to adapt and got some good feedback in poor conditions on Friday.

Ferrari headed to Japan on a high after Vettel claimed his first pole position for the team in Singapore last weekend and followed it up with his third race victory for the Maranello-based squad in his debut campaign.

Friday's practice sessions didn't go according to plan for anyone though as it rained both in the morning and the afternoon, but Vettel still managed to complete 12 laps in FP1 and another 19 later in the day.

"We tried to do some laps but it was not so easy, because sometimes there was quite a lot of water on the track," the four-time World Champion said. "In these conditions it's a lot up to the driver if he wants to continue or not, feeling the tyres and feeling the conditions.

"Also, the conditions not being consistent, it's not so easy to compare your car to other people's car.

"In general at the beginning I think we were not where we wanted to be, but maybe in the end we learned some lessons. Now let's see how the weather will be in the next couple of days."