Home Uncategorized Vettel: We will push them very hard 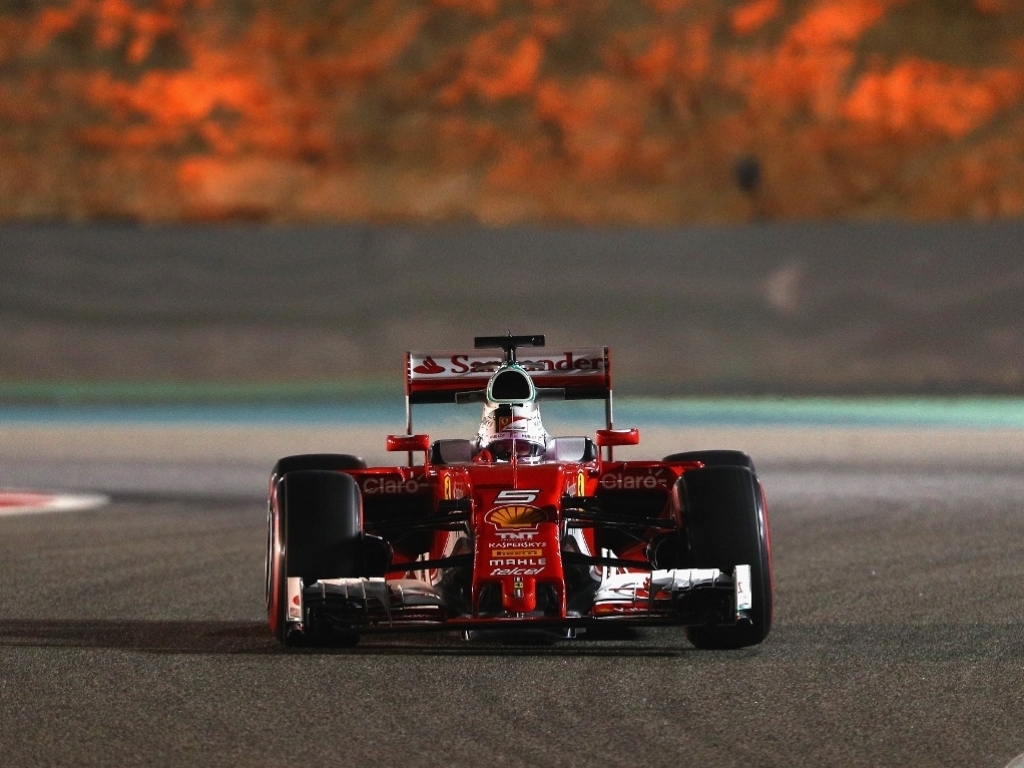 Despite qualifying in third position at the Bahrain Grand Prix tomorrow, Ferrari racer Sebastian Vettel has said that they will still be able to push Mercedes to the very end.

On the qualifiers itself, Vettel said that he was happy with his overall performance after Saturday's action but admitted that there is plenty more work to do in terms of where they want to be at Sunday's race.

The four-time World Champion also said that he hopes to replicate the start he two weeks ago in Australia when split Mercedes drivers Lewis Hamilton and Nico Rosberg at the start of the race to gain an early lead.

"I was very happy with the first attempt. My second attempt was more or less copy and paste," the German explained.

"I thought there was a little bit [more] but 500ths is probably not enough if they improve by half a second. I think very happy today, very happy with the car.

"The car felt fantastic throughout qualifying and kept getting better which I think is natural as the circuit gets quicker. There isn't one place or anything wrong on the track where the car doesn't feel right. It feels good. We know that we are not yet where we want to be but step-by-step we are getting there. We know what to do. So let's see what we can do tomorrow.

"We will push them very hard, ideally we will do the same thing at the start as we did two weeks ago – I don't mind. It is a long race and there are a lot of things that can happen. Last year we saw an interesting race so let's see what happens tomorrow night."