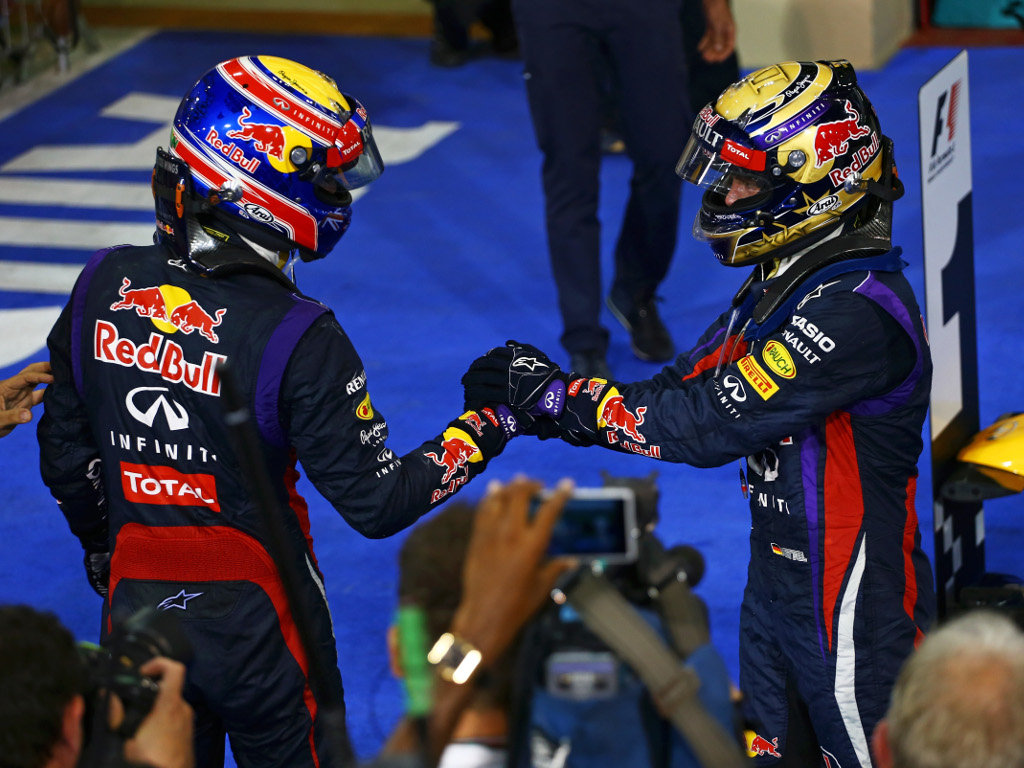 They may not have the best relationship off the track but Sebastian Vettel says Mark Webber’s departure will be a loss.

This weekend’s Brazilian Grand Prix marks the end of Webber’s Formula One career and also the end of the rather acrimonious relationship between the team-mates.

During their five years together the duo have had several on-track altercations and have both been accused of ignoring team orders for their own benefit.

However, they also had a lot of success with Red Bull Racing winning four successive Constructors’ Championships while Vettel wrapped up the Drivers’.

And the German reckons he could not have done that without Webber’s input as the Aussie helped to drive the team forward.

“Generally people have a worse impression than the relationship we had. People tend to forget how successful we have been. I think it has been one of the strongest pairings in Formula 1,” Vettel said.

“We obviously didn’t have the best relationship on a personal level but in terms of working professionally together for the team it has been very strong.

“Both of us have tried very hard to improve the car and surely the fact that he will not be around next year will be a loss for the team, a loss for myself, because it has always been a huge challenge.

“I have learned a lot from him and I can stand up straight and say that there were many, many times, many places where I have benefitted from him. You could obviously say the same thing the other way round but, as I’ve said, we’ve been extremely successful together.

“In that regard it will be a hit for the team but equally it’s a new season, new step next year anyway and with Daniel [Ricciardo] coming in a new time starts as well.”