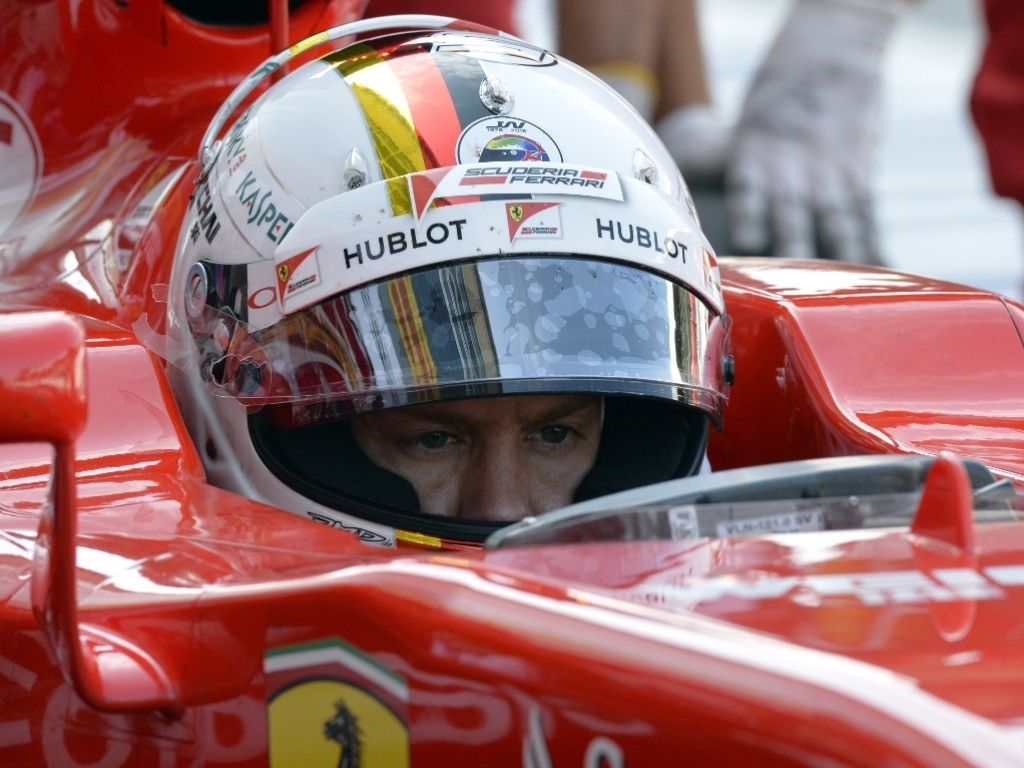 While Sebastian Vettel admits Ferrari are not the favourites, the German feels they also cannot be labelled the underdogs given their performance this season.

With two just races remaining this season Vettel is the only driver aside from the Mercedes team-mates to have claimed a race victory.

He does in fact have three to his name in his debut campaign with Ferrari, helping to elevate him to third in the Drivers’ Championship.

Added to that he has 12 podium results in total and has scored in all but two races.

“I don’t consider myself the underdog,” Vettel told Autosport.

“I know we’re not the favourites, but I think we have shown since the beginning of the season we’re not somewhere in the midfield.

“If we get our act together then we have a reasonable chance of finishing on the podium and winning races, and that is what we have achieved so far.

“Overall, this season is very different to last year [when he was with Red Bull]. Obviously it’s a completely new situation for me with a new team.

“Joining Ferrari has been a great experience so far, but we also know where we want to be in the future.

“So there is a lot of work still ahead of us, and certainly we will be a lot happier if people don’t call us the underdog, but favourite in the future.”

And although last Sunday’s DNF, the result of a scrappy race for Vettel, meant he lost second in the Drivers’ Championship to Nico Rosberg, the four-time World Champ insists he’s not giving up on the runner-up position.

“This season we have surprised a lot of people and surely exceeded our expectations as well.

“All in all it has been very positive so far and second place is the target.

“First, unfortunately, is out of reach and second is surely better than third, so we’ll try to go for second.”