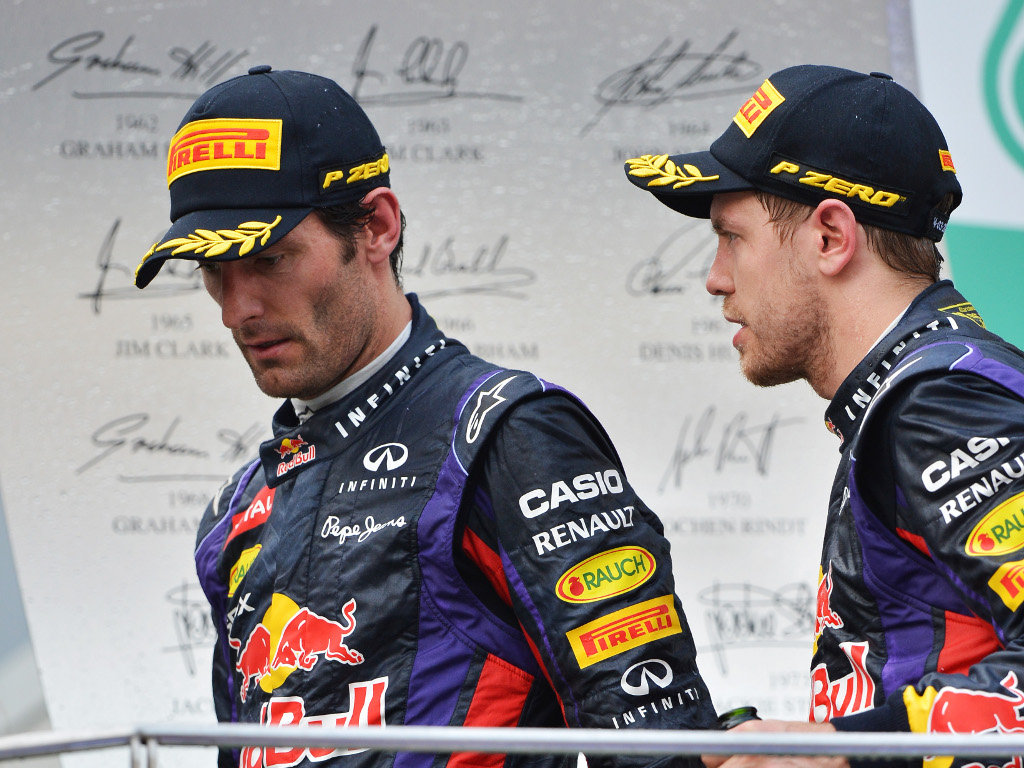 Sebastian Vettel insists he will “miss” Mark Webber when he leaves despite their often contentious relationship.

The trials and tribulations of the Red Bull partnership have been well documented over the seasons with the most recent coming at this year’s Malaysian GP.

Although Vettel was told to hold station behind his team-mate, the German swooped on Webber, overtaking him for the lead and the race victory.

That moment spelt the end of any lingering goodwill between the two.

However, with Webber’s days in Formula One drawing to a close, Vettel insists he will miss his Australian team-mate.

“You can say what you want about our relationship, but in the end we pushed each other very hard,” he told Sportwoche. “I will miss that.

“There has always been two or three corners where Mark has me biting my lip. You try to figure out what he is doing, which keeps you busy enough.”