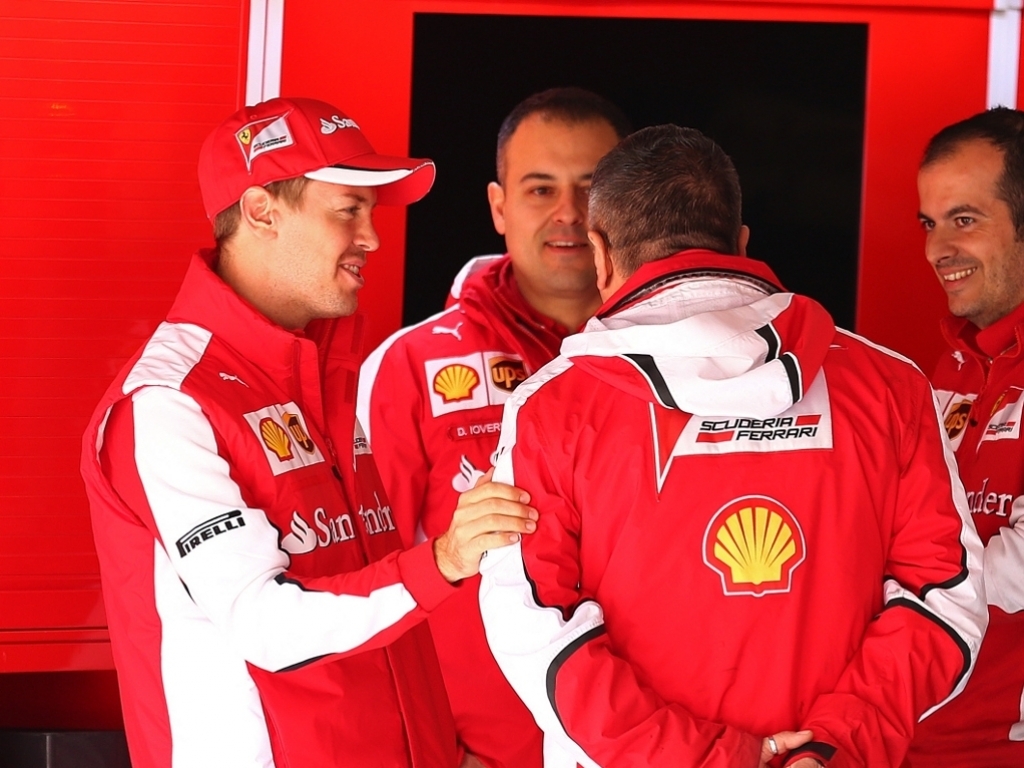 Sebastian Vettel insists Ferrari are "realistic" about their ambitions for 2015 and that their target remains best of the rest behind Mercedes.

Joining Ferrari at the start of this season, Vettel has already emerged as the main challenger to Mercedes.

Joining the Brackley drivers on the podium in Australia, he followed that up with a victory at race two, the Malaysian GP.

It was Ferrari's first win in two years and raised questions about whether they could challenge Mercedes for this year's titles.

Vettel, however, says they are keeping their feet firmly on the ground.

"We are realistic about where we are and what we want to achieve. The targets haven't changed," he said in the Thursday's Chinese GP press conference.

"Usually you need a couple of races [more] to really understand where you are. We have a decent understanding but the target is to confirm the fact that we were very close to the top cars in Australia, fighting with Williams for the podium, and in Sepang two weeks ago we were close enough to win and that was a great success.

"But in general we want to make sure that we want to establish [ourselves] as the team right behind Mercedes. That means we stay ahead of strong teams like Williams and Red Bull not just for one or two races but ideally for the whole season.

"Once we have confirmed that, the target is to ensure that the gap gets closer with Mercedes."

The four-time World Champion reiterated that he beat Mercedes fair and square at the Sepang circuit but admits that at some races Ferrari will be more competitive than they will at others.

"It [Ferrari's pace] was for real two weeks ago – I don't think Mercedes backed off! It's was nice to see we were so competitive but there were also a couple of circumstances coming together.

"But it's most important we managed to capitalise and get a very good result and win the race.

"For here and the next races in general the start of the season things can be up and down and we want to make sure there’s quite a lot of ups and not so many downs, but it’s normal that at some races you are more competitive than others."

The German was also asked on Thursday about recent comments from Bernie Ecclestone in which he said Lewis Hamilton was F1's "best" World Champion as others did not do enough to promote the sport.

Vettel, as expected, wasn't at all fazed.

"He's free to say what he wants – so it's fine. I'm very happy with what I've achieved so far and what might be coming. That's it."