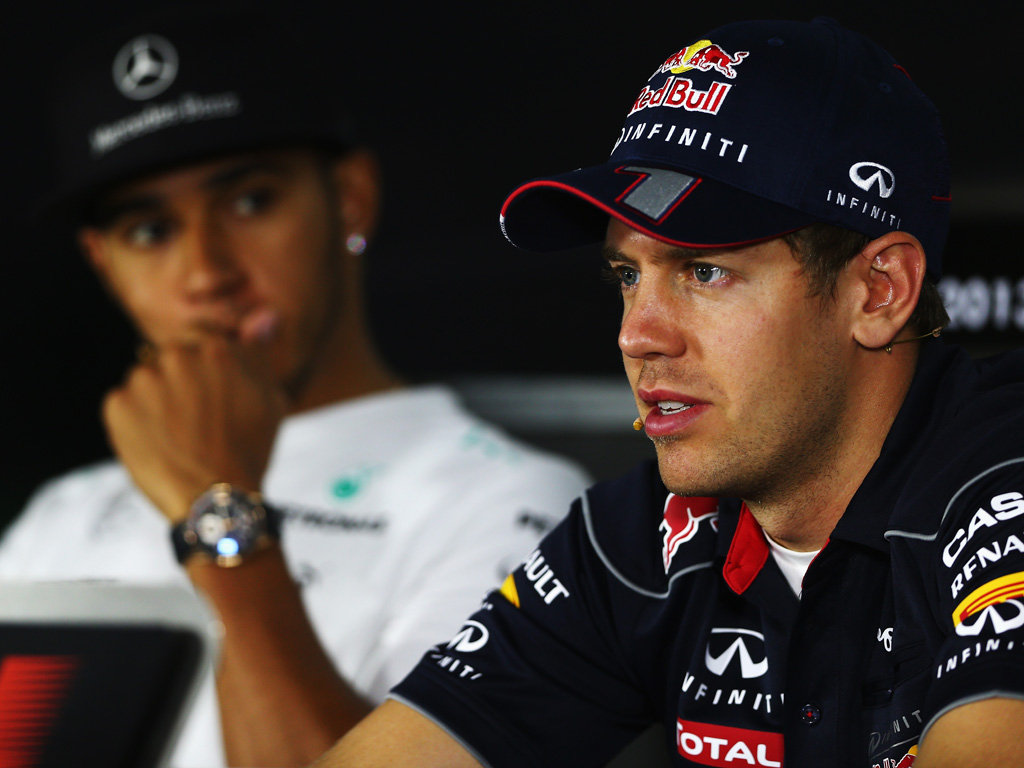 Sebastian Vettel sees no reason to change his approach to racing just because he has won the World title.

Last time out on in India, the Red Bull driver wrapped up his fourth successive Drivers’ Championship title and did so in fine style.

Not only did he win it with three races to spare but he also did it by winning his sixth grand prix on the trot and his third in India.

But just because he’s retained the title that doesn’t mean the German will let up as he still wants more race wins.

“I don’t think we approach the weekend as if there’s nothing to gain,” he said.

“I think we – as a fact – we love what we’re doing. We enjoy the challenge and that’s why there’s no question as to why we are here and what we have to do.

“We want to race, race the others as hard as possible. If we have a chance, we want to win.”

However, sooner or later the odds say Vettel will have to lose.

Asked if his run of success would make that more difficult to swallow, he said: “To be honest, I’m not getting in the car and thinking that there’s a guarantee that we will do well.

“Maybe that’s a little bit the impression that you get from the outside; obviously since the summer break we’ve won all the races but we come here and there’s absolutely no guarantee that we will do well, so we have to give it everything we have.

“Yes, we have a strong package so I think we have reason to be confident. I need the team, I think the team needs Mark and myself to push the car to the limit and to get some good results.

“There’s no guarantee for what we’ve been doing the last couple of races to make it last.”