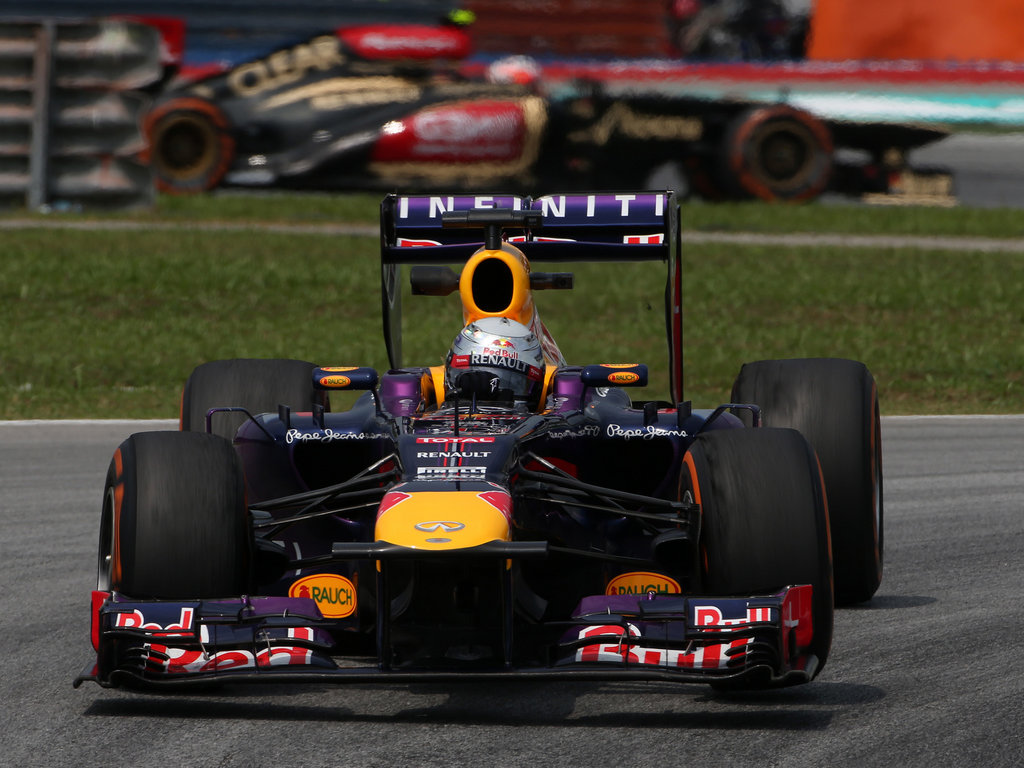 Many teams suffered high degradation with their Pirelli tyres during Friday’s running at the Sepang circuit – and Red Bull was one of those teams.

Putting in the laps during the afternoon’s session, which he finished second quickest behind Kimi Raikkonen, Vettel was heard over the radio complaining of “vibrations” as ate into his tyres.

As such the reigning World Champion has concerns that Red Bull could run out of tyres during Sunday’s grand prix.

“We’ll see,” he said when asked about his team’s prospects for round two of the Championship.

“I hope we have enough tyres to survive the race, tyre wear was obviously quite big today for everyone.

“Tomorrow is a different day. There could be some rain, and you saw how quickly things can change. It’s Malaysia.

“We need to try a couple of things to make it better. We tried today. Hopefully we learned the right lessons and can make a step forward.

“This afternoon we couldn’t do that much because of the weather, which was a little bit disappointing.”