Home Uncategorized Vettel/Alonso pairing not on the cards 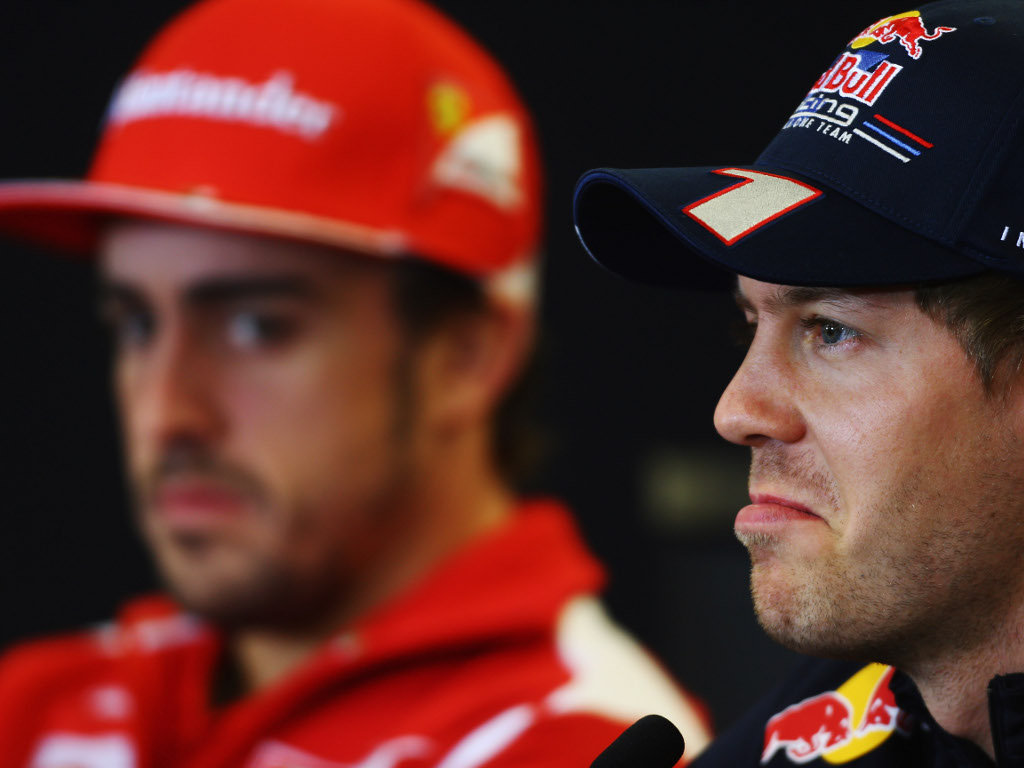 Luca di Montezemolo says that as long as Fernando Alonso is at Ferrari, he doesn’t think Sebastian Vettel will be joining them…

Ferrari president Luca di Montezemolo says that as long as Fernando Alonso is at Ferrari, he doesn’t think Sebastian Vettel will be joining them.

There were reports last summer that Vettel was set to join the Italiam team at some point in the future and that Ferrari were actively courting him to do so, perhaps as early as 2014.

While Di Montezemolo said in October that he did not want “two roosters in a henhouse”, he has often spoken of his admiration for the German, saying as recently as December that Vettel “would be very good for us”.

But when asked recently if he ever envisaged a time when Vettel and Alonso would be driving as a team at Ferrari, Di Montezemolo said: “No, I don’t think so.”

The Italian’s curt response perhaps signals a change in attitude from Ferrari, and some reports suggest that could be down to Alonso’s new contract, which was renegotiated towards the end of last season, securing his seat until the end of 2016.

One of Alonso’s demands, sources close to Ferarri say, was that they not sign Vettel alongside him.

It could all be a moot point anyway, as Christian Horner has signed up with Red Bull to the end of 2017 and chief technical officer Adrian Newey, regarded as one of the main architects of Red Bull’s success, also has a multi-year contract in place.

With a team like that behind him, three-time Champion Vettel might not be in any hurry to leave.