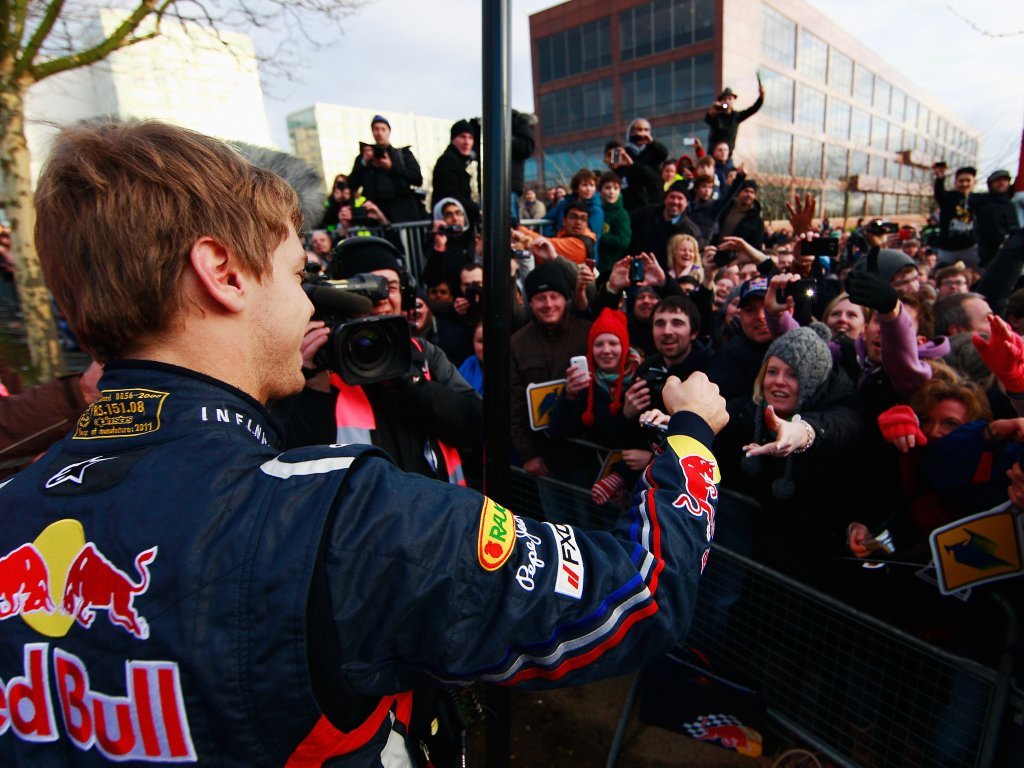 Christian Horner has warned Sebastian Vettel’s rivals to expect an even stronger World Champ this season as the Red Bull racer is “getting better.”

Vettel, who finished all but two grands prix on the podium last season, clinched his second Drivers’ Championship title in emphatic style, retaining the crown with four races to spare.

And while his rivals are hoping that this coming season will be the one in which they finally dethrone the German, his team boss Horner says that won’t be an easy task.

“He is a young man, but one that has achieved so much and he has got a very wise head on young shoulders,” Horner said when he took to the main stage at the Autosport International show.

“He is now the one the other drivers are shooting at. It’s a different type of pressure, but he handles it tremendously well and I think in many respects getting that first Championship on his CV by winning it so dramatically at the last race, released him.

“He just made another step in 2011 and drove with such composure and confidence.

“I think the exciting thing about Sebastian is that at only 24 years of age, he is still evolving, he is still getting better and I think the best is yet to come from him.”

Pressed as to whether Vettel could match Michael Schumacher’s seven World titles, which included a run of five consecutive crowns, Horner said it is possible although it won’t be easy.

“It’s difficult to look like that because it all depends on the circumstances you are in and the equipment that you have at your disposal.

“But Sebastian can have a very long career ahead of him, he is genuinely passionate about F1, he loves what he is doing and he can be around for a long time to come.”