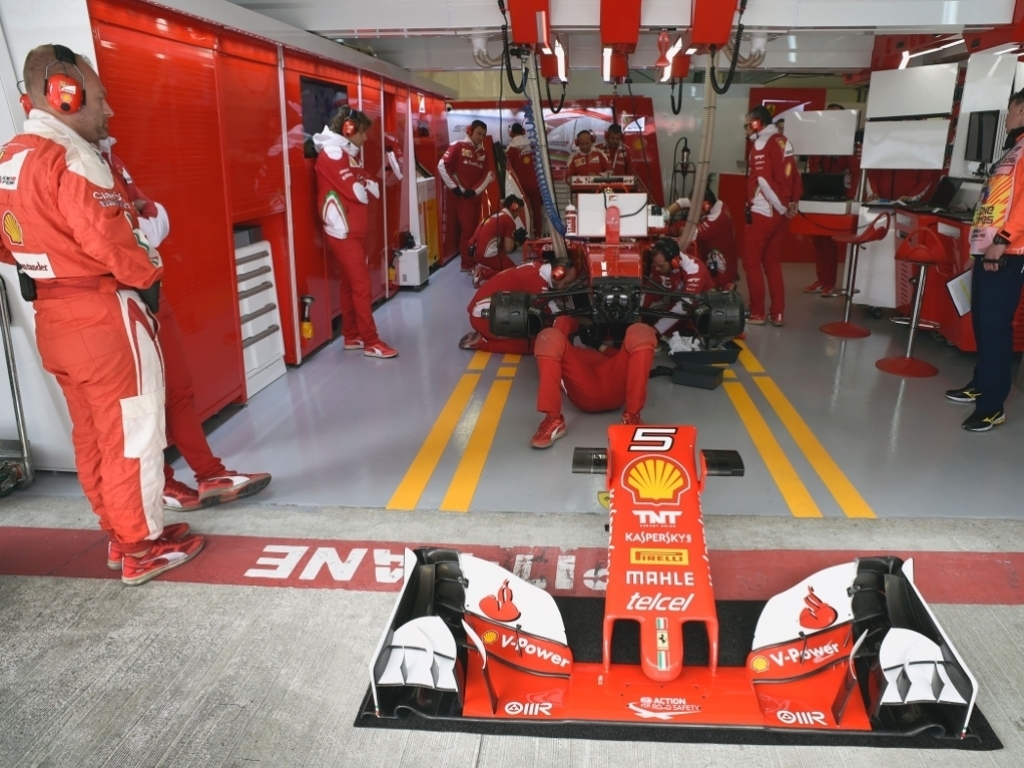 Sebastian Vettel will not need a new engine for the Spanish GP after Ferrari confirmed that his Russian power unit survived the crash.

Vettel’s Russian Grand Prix ended on the opening lap when he was hit twice by Daniil Kvyat.

The second impact resulted in Vettel slamming into the barrier with his SF16-H too damaged to limp back to the pits.

Asked in the wake of the grand prix whether the German’s engine had sustained any damager, team boss Maurizio Arrivabene said: “At the moment I don’t know.

“The car is coming back and we will check. The crash was quite hard, especially from the back of the car.

“Like last time until we have the car at home and we are inspecting the car you can’t say anything. Yes, the car looks damaged but it depends where he crashed.”

The good news for Vettel is that has been reported that his engine survived the crash.

According to Autosport, Ferrari conducted their investigation and say “there is no suggestion the engine is damaged.”

Ferrari ran their upgraded engine at the Russian Grand Prix having spent three development tokens on alterations to the power unit.