Home Uncategorized Vettel’s not out for revenge 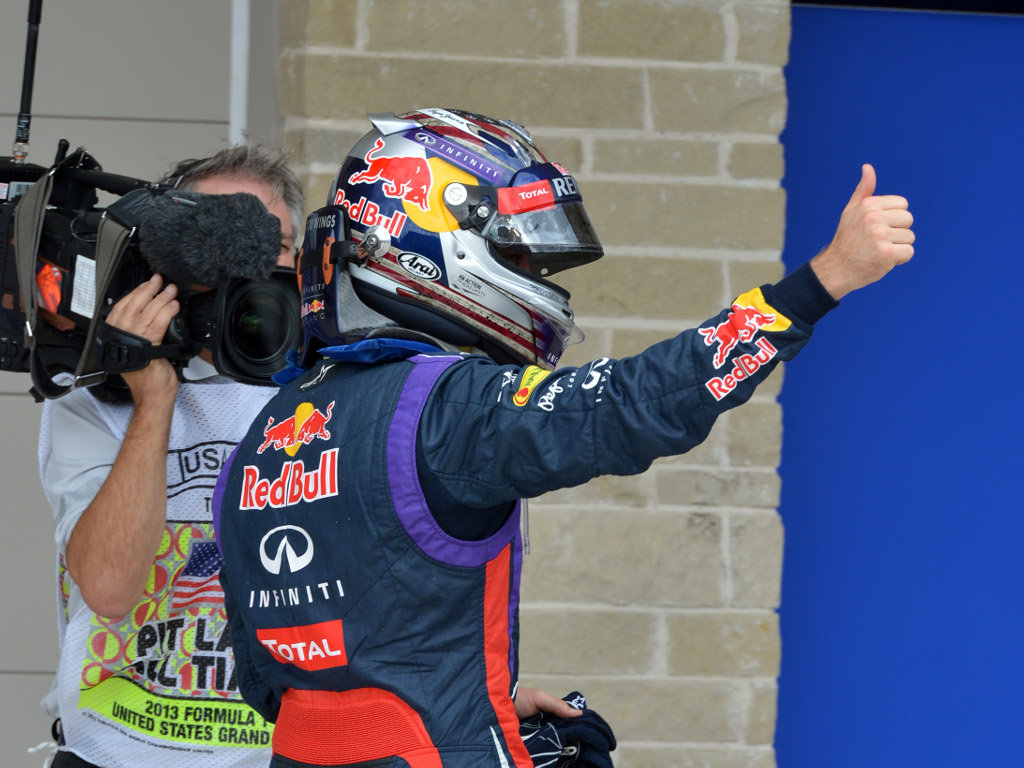 Sebastian Vettel won’t be seeking revenge in Sunday’s United States GP as the German has “no regrets” about last year’s loss.

Starting from pole position at the inaugural race at the Circuit of the Americas, he was beaten to the chequered flag by Lewis Hamilton who used traffic to his advantage.

And although Vettel is the odds on favourite to avoid a repeat this season – when he again starts from pole position – the reigning Champ says he won’t go into the race thinking about last year’s outcome.

“No regrets about last year,” he said. “It was a tight battle with Lewis who at the end was just a little bit quicker.

“We were having a hard time staying ahead of him and obviously the way he got by in the traffic was not nice but it was a long time ago.

“I am looking forward to tomorrow, I like the circuit and if we have the chance to win we want to go for it.

“At the moment things are looking good.

“We did the job right today so we will focus on tomorrow and go step by step.

“It’s a long race and the tyres could be tricky but I think strategy should be more or less clear but with these tyres you never know.”

The 26-year-old secured pole position for Sunday’s race when he beat his team-mate Mark Webber by 0.103s and is now an almost sure bet with Paddy Power to take his eighth win on the trot.

“It was a tricky session as the wind picked up quite a lot from this morning. It’s not that easy round the high-speed corners. I was not happy with my first run, but I think I had a solid run at he end which was enough to put the car on pole.

“It was a good battle with Mark, he has got closer and closer as the weekend has gone on. I think he might have had a mistake in his final shot.

“I’m happy with pole position. I really like this place. I like this circuit. It’s important to start on the clean side so we’ll see what we can do tomorrow.”