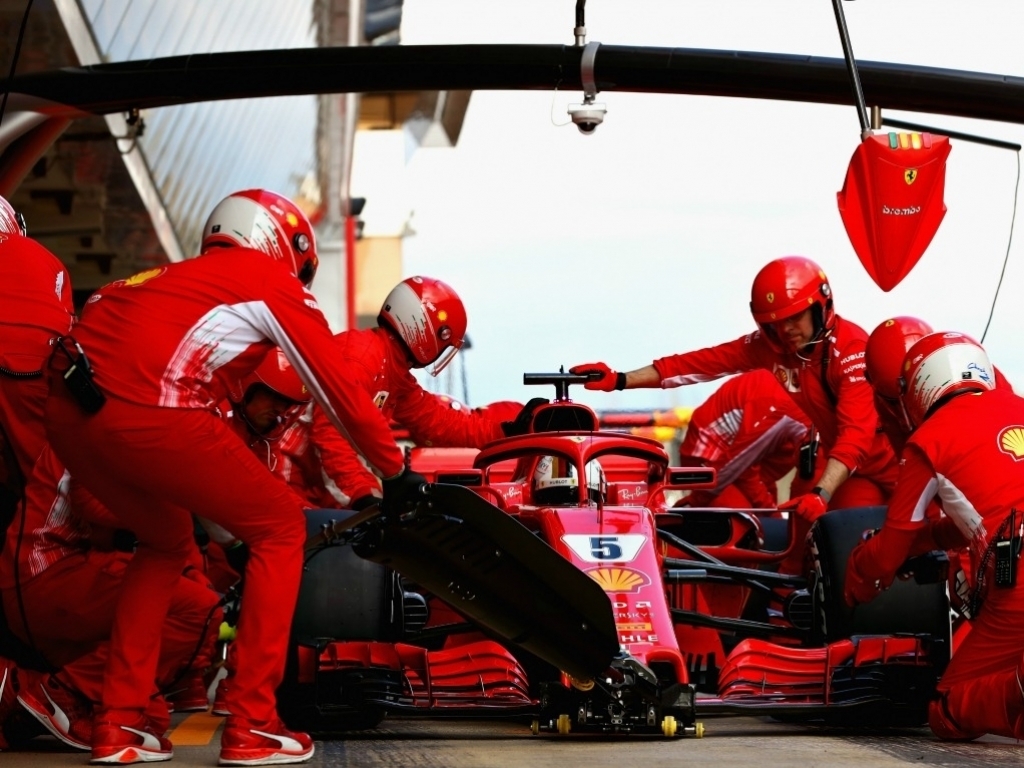 Sebastian Vettel’s new unofficial lap record – a 1:17.182 – stood firm at the top of the timesheet as the penultimate day of winter testing came to a close in Barcelona.

Vettel’s time was part of a very attacking stint just before the lunch break on the fastest tyre available – the pink-striped hypersofts – and is almost a second quicker than the previous fastest time of testing set by Daniel Ricciardo on Wednesday.

There was very little movement on the leaderboard for large parts of the afternoon at the Circuit de Catalunya, other than the lap counts rocketing onwards and upwards as attention turned to race simulations.

With an hour and a half of the afternoon session remaining all 10 teams had surpassed the 100-lap mark. A late spin by Marcus Ericsson in the Sauber prompting the only red flag on a largely drama-free day.

Mercedes and Red Bull were not tempted to tussle with Ferrari at the top and instead opted to spend much of the day on the soft and medium tyres, gathering valuable data on long runs.

Valtteri Bottas racked up nearly a century of laps on his way to P9, while Lewis Hamilton, in P8, added 84 to his tally after taking over driving duties in the afternoon.

After Daniel Ricciardo’s then record-breaking day on Wednesday, there were no such headlines for Max Verstappen. The Dutchman finished P12 but still managed to impress, however, by completing a monster day with 187 laps under his belt – the most of any driver.

Haas’ Kevin Magnussen stayed in second on the timesheet with a best time of 1:18.360 on the supersofts, but Torro Rosso’s Pierre Gasly moved into the top three ahead of the two Renault drivers with a late burst on the hypersofts.

Even though McLaren missed another couple hours of track time on Thursday morning, Stoffel Vandoorne recovered well by accumulating 148 laps in total – the most laps they have completed in one day of testing since the V6 hybrid era began – before coming back to the garage in P6.

Friday will be the eighth and final day of winter testing overall, with the likes of Kimi Raikkonen, Daniel Ricciardo and Fernando Alonso all putting the finishing touches to their preparations ahead of the season opener in Australia on March 25.