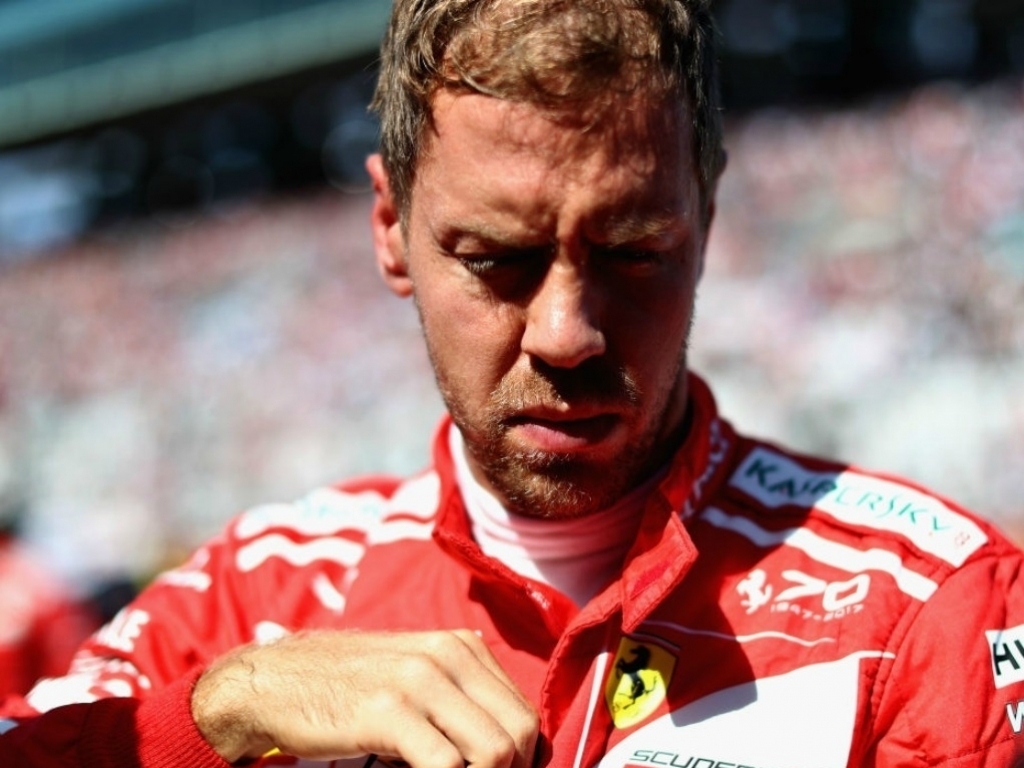 A second DNF in three races dealt a huge blow to Sebastian Vettel’s title hopes, however, he insists it is not over.

There was drama ahead of Sunday’s Japanese GP as Ferrari worked furiously on the grid to resolve a spark plug issue on Vettel’s car.

The German started the grand prix but was down sixth at end of the first lap before dropping four more positions after a Safety Car restart.

Ferrari told him to box and retire the car.

“It’s normal to be critical, especially if things go wrong because it’s part of our job,” Vettel said, “but I have to protect them [the team].

“We’ve done an incredible job so far, it’s just a pity in the two races with the reliability issues.”

Sebastian Vettel on the Ferrari pit wall with Maurizio Arrivabene after retiring from the #JapaneseGP 🇯🇵#Seb5 #F1 pic.twitter.com/gOeagTIBxL

“Of course it hurts, and we’re all disappointed. But we need to get back, get some rest.”

While Vettel arrived at Suzuka 34 points behind Lewis Hamilton in the title race, he could fall be 59 points behind the Mercedes driver come the end of the Japanese GP.

Vettel, though, says he is not giving up on the title.

“Go flat out in the last four races and see what happens,” he added.

“We still have a chance this year, depends on what happens today and in the next few races.

“We are improving race by race and got a lot further than people thought so there are some positives, but today is not the day for that.”