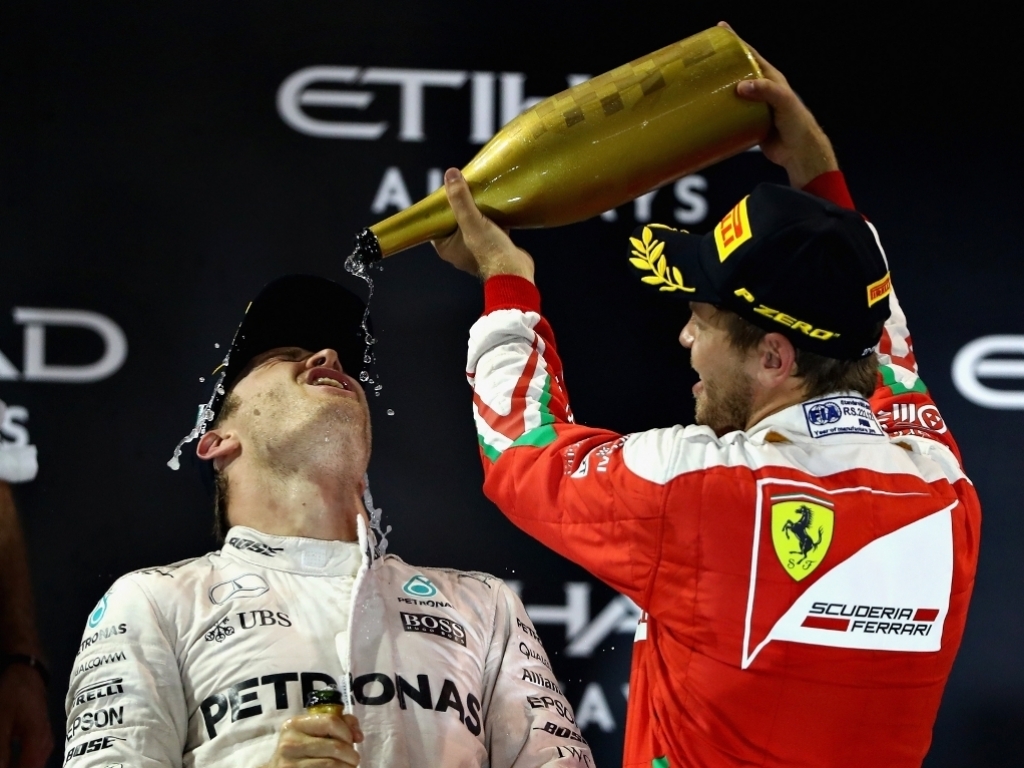 Sebastian Vettel is hoping to take the momentum from his season-ending Abu Dhabi podium through into next year, saying it was good to end a “tough” campaign on a high note.

At the end of a season in which Ferrari have too often been criticised for their strategy blunders, the Scuderia got it spot on at the Yas Marina circuit.

Vettel did a long middle stint before swapping to a brand new set of supersoft tyres for the final 18 laps.

That gave him the impetus needed to pass first Kimi Raikkonen, then Daniel Ricciardo and finally Max Verstappen.

Coming up behind championship leader Nico Rosberg, who was being slowed by Lewis Hamilton, Vettel was right on the Mercedes’ rear wing but did not find a way through.

“It was tough out there the last couple of laps, I didn’t want to be in his [Rosberg’s] shoes,” said the Ferrari driver.

“I was trying to get close and have another go because I was thinking why not pass both of them if Lewis is going that slow in front.

“But it was difficult as my tyres were dropping at the end.”

Vettel praised Ferrari’s strategy which played a huge role in ensuring that he ended a difficult season back on the podium, his first since the Italian GP.

He added: “A bit stuck at the beginning, couldn’t really unfold my pace.

“I was starting to get a bit frustrated but once I had clean air I could really unleash the pace that we had.

“We have worked so hard, we’ve had so much criticism this year – sometimes right, sometimes not justified but that’s how it goes.

“It is a tough game and we are fighting tough opponents.

“It has been a tough year but obviously it is nice to finish on a high and take that momentum into next year.”