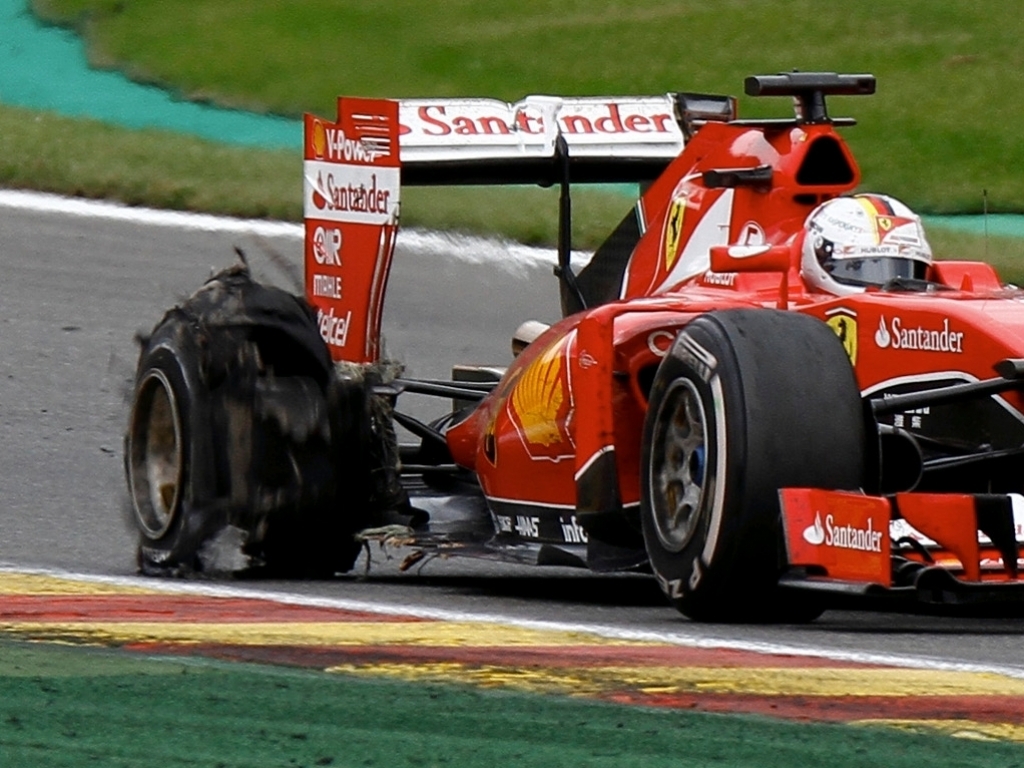 There was a "highly unusual number of cuts" at Spa and Sebastian Vettel's tyre wear meant he was "more susceptible", that's according to Pirelli and the FIA.

The Italian tyre manufacturer launched an "extensive investigation" into the goings on of their tyres at the Belgian GP following not one but two blow-outs.

Nico Rosberg suffered a right-rear failure on Friday while Sebastian Vettel's podium chances were blighted by a blow-out just two laps from the chequered flag on the Sunday.

The Ferrari driver launched a scathing attack on Pirelli but following their investigation, the tyre manufacturer insist his one-stop strategy played a massive role.

The FIA released a statement regarding Pirelli's findings, revealing "a highly unusual number of cuts" were found over the course of the Spa weekend.

Added to that, the "the remaining tread thickness on Sebastian Vettel's rear tyres was approximately 30% at the time of the failure making the tyre more susceptible to damage from even small pieces of debris."

Meanwhile in their own statement, Pirelli explained Vettel's tyre failure.

"If even a small piece of debris – made of carbon or any other particularly sharp material – penetrates and cuts the various structural parts of a tyre (which is obviously subject to high-speed use, and more susceptible if used for a prolonged period) without penetrating the actual structure, this can cause a failure that is different to that found in the event of a normal puncture, which is characterised by a loss of tyre pressure," the company said.

"And the former was the type of event seen on Sebastian Vettel's tyre at Spa."