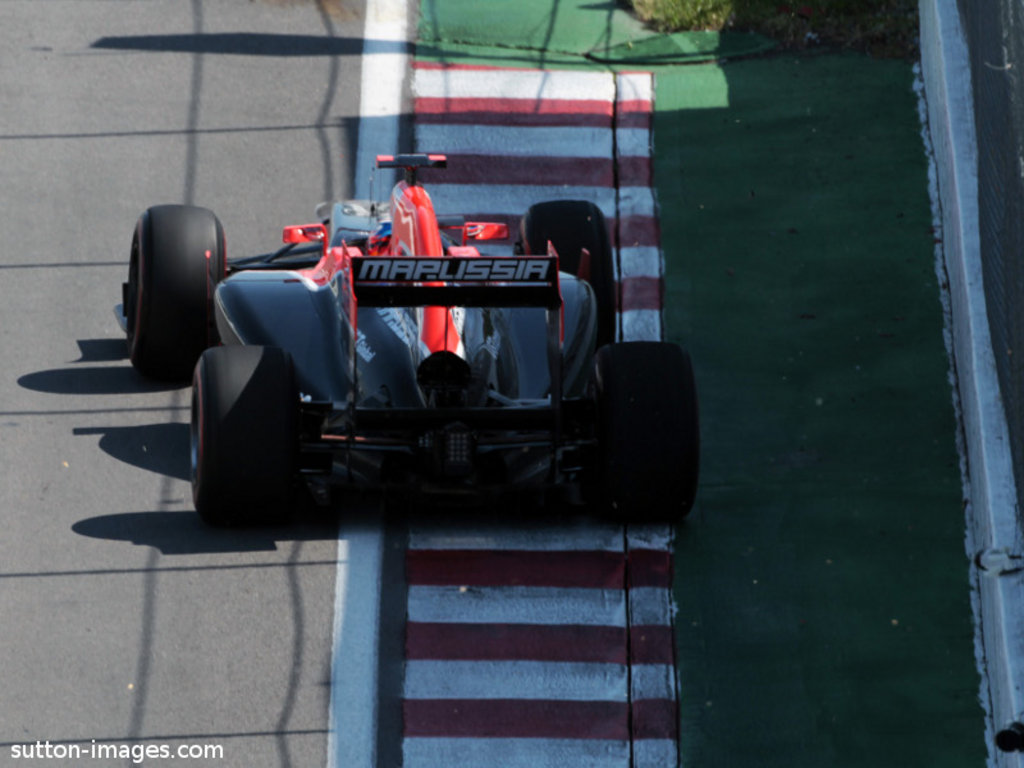 Timo Glock revealed that Virgin gambled on their set-up in Canada, opting for maximum downforce in light of Sunday’s predicted rain…

Timo Glock revealed that Virgin Racing gambled on their set-up in Canada, as they opted for maximum downforce in light of Sunday’s predicted rain.

Glock will start 22nd on the grid, having lost out to Hispania Racing’s Tonio Liuzzi, while his team-mate Jerome D’Ambrosio may not even start the grand prix.

The Belgian rookie was outside the 107 percent qualifying rule after finishing 5.592s adrift of Ferrari’s Fernando Alonso in Q1.

His fate is now in the hands of the Montreal stewards who can prevent him from taking part in Sunday’s race.

But whatever his team-mate’s fate, Glock admits Saturday’s qualifying was a gamble that did not pay off.

“We gambled a bit with the set-up because on Thursday and Friday it was clear it would be slightly wet over the weekend and so we put the maximum downforce on car,” Glock told BBC One.

“However the weather changed and it looks like it will be dry and that’s cost us quite a bit of top speed.”