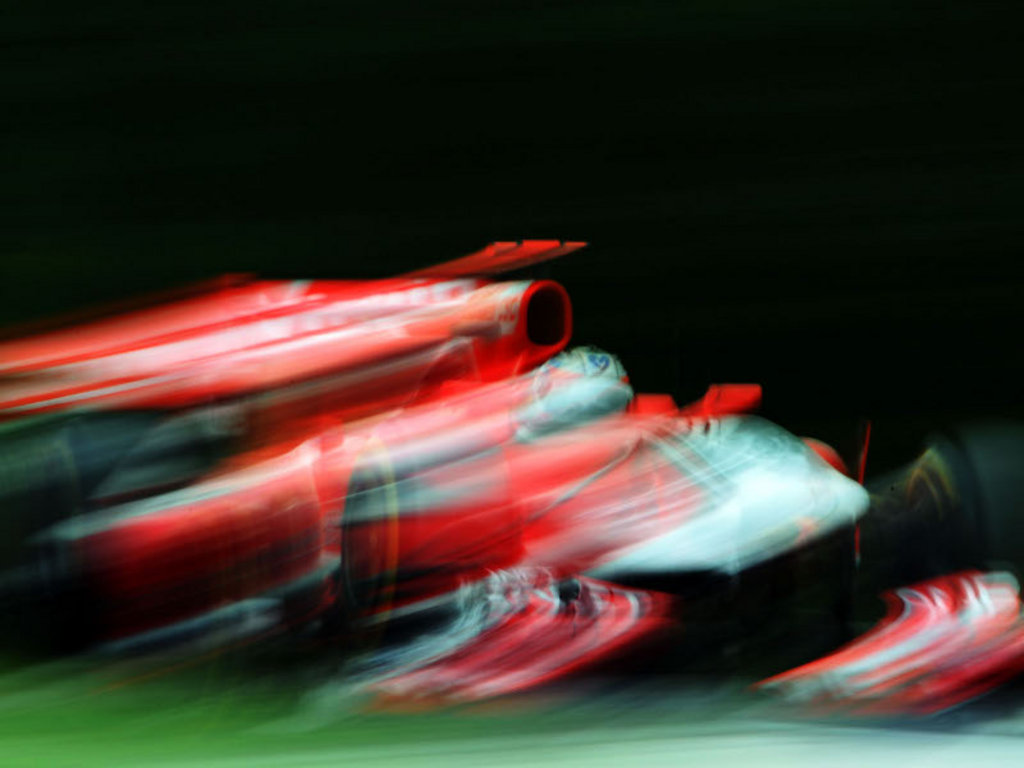 Having only managed to get one car home at the Indian GP, Virgin Racing are determined to put in a better showing in Abu Dhabi…

Having only managed to get one car home at the Indian GP, Virgin Racing are determined to put in a better showing in Abu Dhabi.

Timo Glock – “The season is coming to an end but there are still two quite spectacular races ahead of us. We now head to another Hermann Tilke designed track, the Yas Marina Circuit, which I enjoy a lot. I have to say that this circuit reminds me of different F1 tracks: the temperature is very similar to Bahrain, the track surface is like Hungary or Korea and in terms of lateral forces it is very close to Valencia. It features a very long straight between turns 7 and 8. The only fast corners are turns 2 and 3, which are taken at full throttle, so given the fact that many of the turns are low speed, the set-up is similar to how we would run at another medium-downforce track like Interlagos. I hope we can seal the season with two positive results.”

Jerome D’Ambrosio – “I’m really looking forward to the race weekend ahead in Abu Dhabi. I have good memories of this track as this is where I tested with the team a year ago before getting the drive for this season. A lot has happened since then and I’m glad to be returning again.

“The Yas Marina Circuit is a fantastic facility and has some interesting features like the pitlane – a tight tunnel that takes you under turn 1 and rejoins the circuit on the inside of the second corner; the marina, or the section around the colour-changing Yas Hotel. It’s a very attractive circuit where we race in the fading light, so in a way it also reminds me a bit of Singapore, another of my favourite tracks. I hope to continue achieving positive results at the last two races of the season.”

John Booth – team principal: “We head to Abu Dhabi looking forward to the last two races of the 2011 calendar. It’s going to be an interesting and busy couple of weeks ahead as straight after the race we will remain at the Yas Marina Circuit for the Young Driver Test before heading to Brazil for the season finale.

“One of the most demanding aspects of the weekend is that the race and qualifying are held at sundown so the track is cooling rapidly. This means that the car balance and tyre grip levels are changing throughout the stints and one of the challenges of the weekend will be to keep adjusting wing angles and tyre pressures to keep everything consistent. As with Turkey, Singapore, Korea and Brazil, the Yas Marina Circuit also runs in an anti-clockwise direction, giving the drivers the additional physical challenge to their neck muscles, even though they do extra training to compensate for that.

“Having not had the best of luck in India, we hope to get back to our usual two-car finish again in Abu Dhabi as every little bit counts in terms of carrying information through to the 2012 car development programme.”