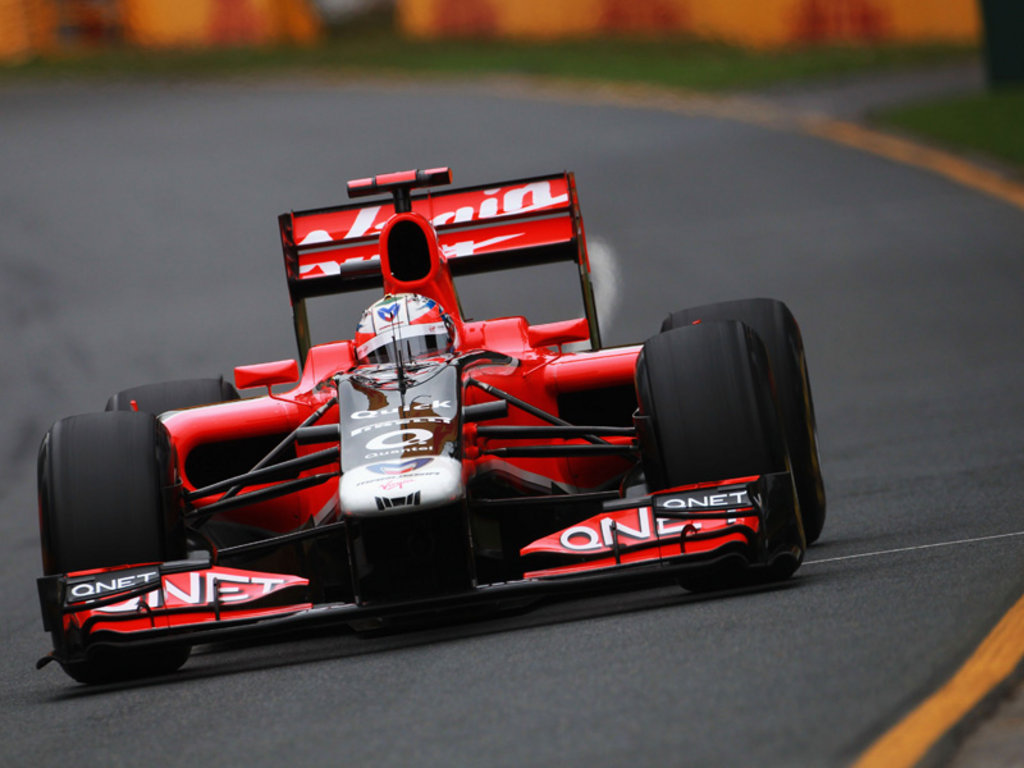 With both Timo Glock and Jerome D’Ambrosio residing in Oxford, Virgin are feeling right at home heading to Silverstone…

With both Timo Glock and Jerome D’Ambrosio residing in Oxford, Virgin are feeling right at home heading to Silverstone.

Timo Glock: “It already feels like it’s been a great week for the team and we haven’t even started racing yet. I’m very pleased about everything that is happening right now as I believe we can really start to move forward. We’re very clear about where we need to get to and how we’re going to do it, so I’m feeling very excited for the future of our team.

“These next two races are going to be pretty crazy – it’s the team’s home race and then my own in Germany just two weeks later, so I should lose a few kilos because of the schedule alone! I’ve had the pleasure of racing in front of the British crowd many times, and for British teams, and it’s a very special feeling to know that everyone is rooting for you regardless of nationality. Last year was pretty special because it was our team’s first home race and its where our fan activities really began with the Stowe event, which was incredible. I hear it’s going to be bigger and better this year, so I’m looking forward to that.

“Essentially not too much about Silverstone has changed with the modifications – the track is much the same, although we start and finish the lap at a different place. It has always been one of the best circuits on the calendar – a lot of fun with some very challenging corners. There’s usually a bit of English weather to throw into the mix – the cool and windy conditions can be quite unsettling for the cars through the long exposed straights, not to mention the rain which is coming for the weekend. It should be a great event on and off the track.”

“I live in Oxford now so Silverstone is right on the doorstep and I feel very much ‘at home’ in the team and the area. There are a lot of similarities with the Belgian weather for sure.”

Jerome D’Ambrosio: “After my own first home race in Belgium next month, this is the race I have been most looking forward to. I live in Oxford now so Silverstone is right on the doorstep and I feel very much ‘at home’ in the team and the area. There are a lot of similarities with the Belgian weather for sure.

“I’ve raced at Silverstone many times before – it’s a fantastic high-speed track with very quick directional changes and great corners like Becketts and Stowe.

“There is a lot happening around the team at the moment, which is all very exciting. The announcements this week are great news for all of us and I can’t wait to see how we can develop from here because we have an amazing opportunity for a team that is so young. I hope we can end the week as well as we have started it.”

John Booth: “We head to every race with the anticipation of a strong performance but, without doubt, the British Grand Prix is one of the most special events on the calendar for our team and one where we hope to pull out all the stops and put on a great show, both on and off the racetrack.

“We’ve had an incredible start to the weekend already with the fantastic news of our partnership with McLaren and our new technical base. Coupled with the launch of our exciting new tie-up with Disney. Pixar and the ‘Cars 2’ movie, the good news keeps coming and let’s hope we round the week off with a strong performance on home turf.

“In addition to having a lot going on inside the Paddock, we pride ourselves on everything we do to take the Formula One show outside the circuit and to the fans. The British fans are always very appreciative because they are passionate followers of the sport and extremely knowledgeable about their subject. For the second year running we have our big ‘Marussia Virgin Racing Weekend’ in the campsite at Stowe School, where the team will be spending almost as much time as they are at the racetrack!

“Back to the racetrack, we are very excited about operating out of the new Pits complex, which I have seen already and which is very impressive indeed. All credit to Silverstone Circuit for a first class job in bringing the facility bang up to date to what is now, unquestionably, a world-class racing venue.

“This is a track that has been modified many times during the years but it hasn’t lost its unique racing atmosphere. On a personal note it brings back very fond memories of my own racing days when I competed here in Formula Ford. It has a very evocative ‘hallowed turf’ feel about it that I don’t think it will ever lose and there really is something very distinctive about the buzz of the British crowd. We’ll be harnessing all our current momentum to ensure we put on the best show we possibly can to thank them for their support.”

“I’ve had the pleasure of racing in front of the British crowd many times and for British teams and it’s a very special feeling to know that everyone is rooting for you regardless of nationality.”