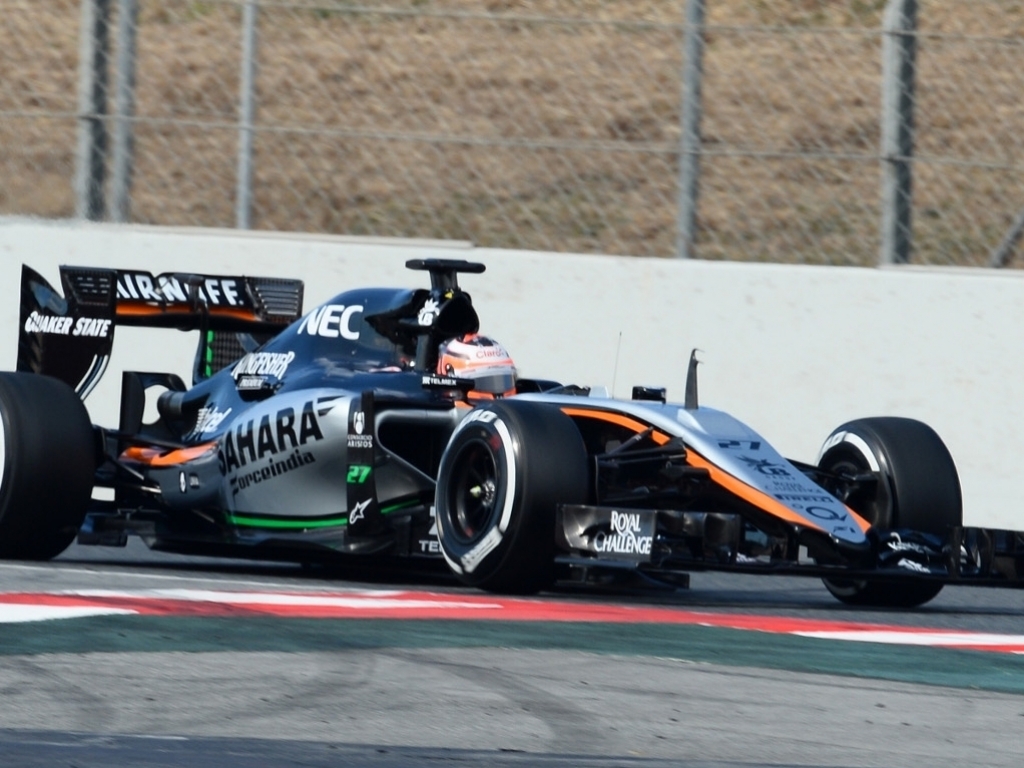 Force India's VJM08 finally made its debut run as Nico Hulkenberg took to the track in the hour before lunch at the Circuit de Barcelona.

Force India's 2015 challenger, the last of the new cars to debut, ventured out of the team's garage 40 minutes before the lunch break on the second day of the final four-day pre-season test.

Hulkenberg did a single installation lap in the new car before heading back into the pits, reportedly with a left rear puncture.

The German emerged a short while later for another run, which brought his tally up to nine laps, and posted a best time of 1:31.165.

That put him slowest of the nine runners present, 6.6s off the pace, while Felipe Nasr was quickest with a 1:24.479.

Nico Rosberg, who posted his fastest time on the medium tyres, was a full second off the pace while Sebastian Vettel finished third with his 1:25.339 coming on a soft tyre run.

Valtteri Bottas was fourth quickest for Williams ahead of Max Verstappen and Pastor Maldonado while it was a good start to the day for McLaren.

Jenson Button managed 44 laps on Friday morning, well up on Thursday's seven. His best time for the morning was a 1:28.052.

Daniil Kvyat was back in action for Red Bull Racing, eighth quickest, while Hulkenberg completed the timesheets.