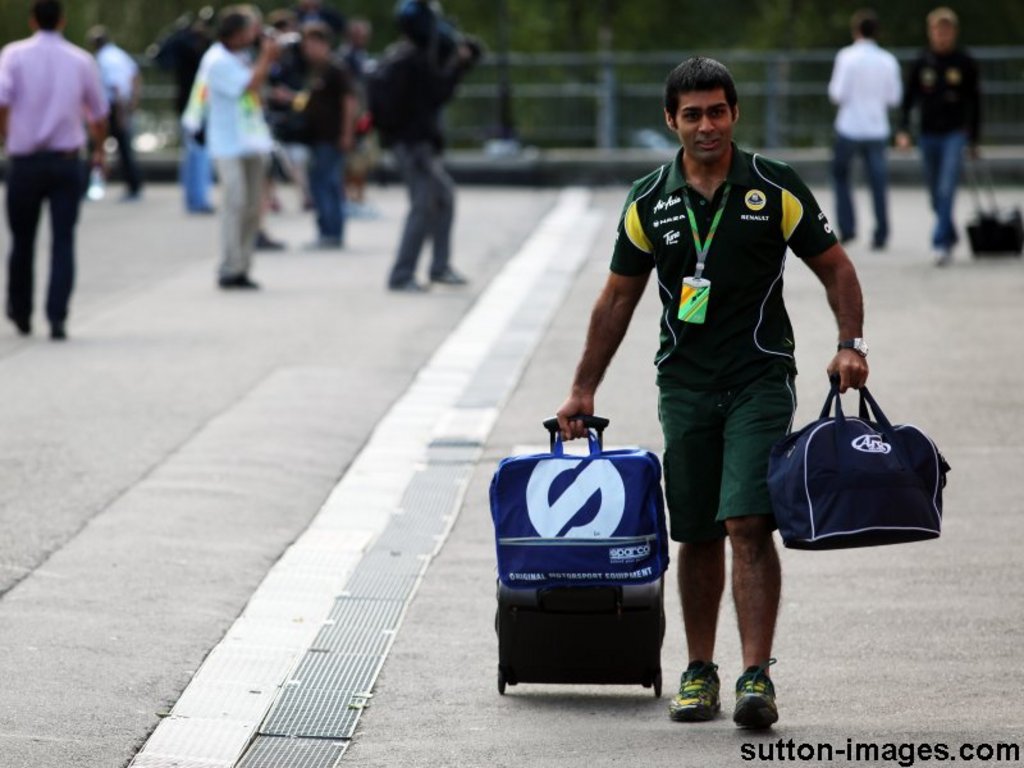 Karun Chandhok is still in the dark as to whether or not he will race for Team Lotus at his home race in India later this month.

The inaugural Indian GP is less than a fortnight away and although team principal Tony Fernandes has admitted he would like to see Chandhok drive at the Buddh International Circuit, the Norfolk squad are remaining tight-lipped about their driver line-up for the race on October 30.

“I’ve just got to India and it’s the question on top of many people’s minds here especially in the media – my phone is just going crazy,” Chandhok told Autosport.

“I wish I had something new to say to the people here but unfortunately it’s up to Tony and the team. Tony has said many times recently how personally he would love for me to do the race.

“In the last three Friday sessions I felt a lot more comfortable and confident in the car. It showed as the pace was much better, especially considering Suzuka and Korea were two new tracks for me.”