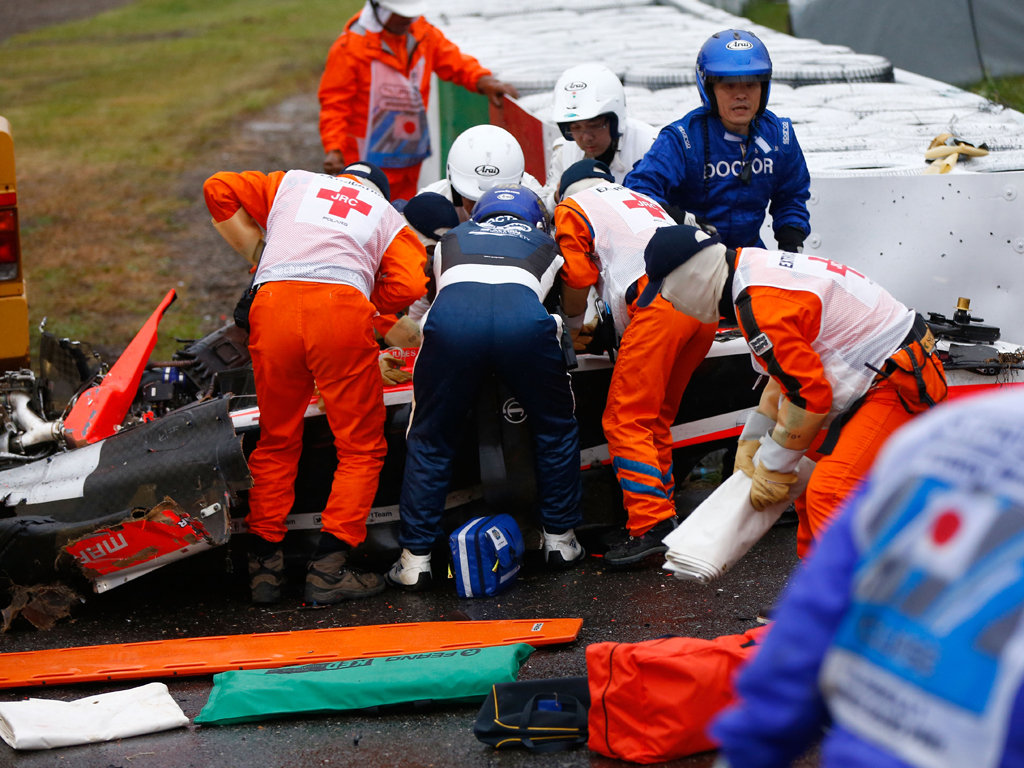 Motorsport’s governing body has come in for some criticism after Jules Bianchi suffered severe head injuries when he crashed into a recovery vehicle at Suzuka.

The Frenchman remains in a critical but stable condition at the Mie University Hospital and race director Charlie Whiting has been asked to compile in “urgent report” into the incident.

Many people believe the race should have started earlier due to the poor conditions caused by Typhoon Phanfone and reports suggested the FIA asked promoters to move it forward, but the request was rejected as organisers didn’t want to disrupt the travelling plans of the fans.

Warwick, though, feels the powers that be should’ve demanded the race start earlier.

“First of all let’s hope Jules has a full recovery,” he told the Guardian. “We must not lose sight of the fact we have an injured driver.

“But it’s quite ridiculous. They – the FIA, Bernie, Charlie Whiting, the promoters, the circuit operators – knew this weather was coming, they knew they were going to struggle for light and I question why, on the Saturday, when they could inform people, they did not bring the race forward.”

Asked if the FIA and Ecclestone could have insisted the race should have started earlier, he said: “Absolutely. If the FIA and Bernie came to any circuit and said they wanted the race to run one hour early and gave the reasons why, I think the circuit would bow down to that pressure.”

Question marks have of course also been raised over race control’s decision not to deploy a Safety Car after Adrian Sutil’s crash, but Warwick warns against overreaction.

“With hindsight, of course it should have been a Safety Car,” he said. “But if every time a recovery vehicle is on track we bring out a safety car there would be uproar within F1.

“Let’s not get too carried away, it was a one-off. You will always have these extraordinary situations and we have to be careful not to make kneejerk responses to them. I don’t think we can blame anybody.

“If everybody wants a Safety Car out every time a snatch vehicle is put out, then fine we can work with that. But I don’t think it is necessary, it’s better to let people like Charlie and his team make the decision. Will he get it right every time? Probably not, but my vote will always be for the professionals to make the decision at the time.”