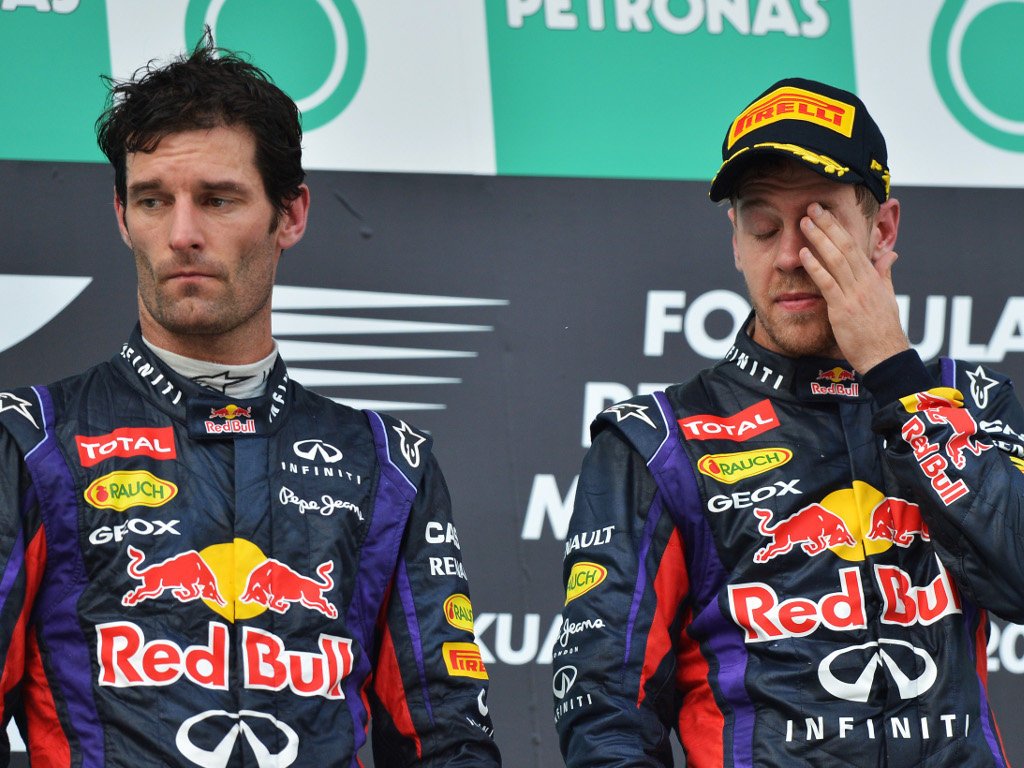 John Watson reckons it is only a matter of time before the Red Bull feud boils over as the pit wall no longer has any authority over either driver.

Sebastian Vettel courted controversy – and sanctions – earlier this season when he deliberately disobeyed team orders to take the Malaysian Grand Prix victory away from Mark Webber.

Vettel said at the time that if the situation ever reared its head again he would do the same while team boss Christian Horner said the matter would be dealt with internally.

Days later Red Bull advisor Helmut Marko downplayed a rift between the two drivers with the general consensus – at least publicly – at Red Bull being that all is now okay.

Watson, though, believes it’s the exact opposite to okay.

“The whole Malaysia thing has been swept under the carpet,” the former driver told BBC Sport. “I don’t know how long it can stay there.

“I suspect we will still see ructions at races later in the year.

“There will be occasions where Webber and Vettel will be running in a one-two situation.

“What authority does the pit wall now have to control certainly one of its drivers but most likely both of them?

“I can imagine Webber will think: ‘I did the right thing and was prevented from winning that race and now I find myself with a team-mate who doesn’t obey team orders and doesn’t receive any sanction or penalty – so why should I bother obeying team orders?’

“I think the team have shown incredible weakness by not penalising their number one driver and they have now created a rod for their own back.

“They have, in effect, let him run roughshod over the authority of the team principal.

“Red Bull have opened Pandora’s box. How can anybody control Vettel from now on?”