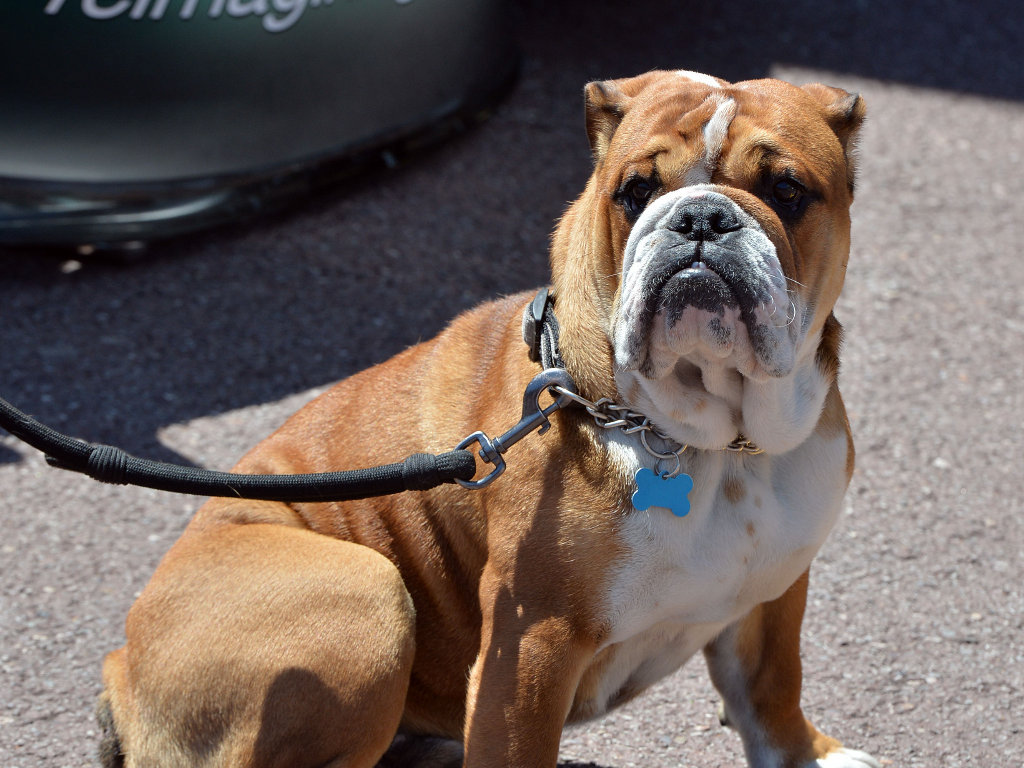 Former F1 driver John Watson has urged Lewis Hamilton to leave Roscoe at home and, while he’s at it, to decide if he wants to be an “F1 driver or a hip-hop star.”

Hamilton joined Mercedes at the start of this season and has often spoken of the freedom he has been given by the team.

“Now I don’t really care if people have problems with my tattoos,” the Brit said in Monaco. “I can have as many tattoos as I want because I love tattoos.

“I can walk and dress and speak the way I want.”

And he can take his dog to the races after Bernie Ecclestone granted Roscoe a paddock pass.

Watson, though, fears Hamilton has gone too far and has urged the 28-year-old to think about what he really wants from life; to race in F1 or to be a hip-hop star.

“There is no place for a dog in the F1 paddock,” Watson, a five-time grand prix winner, told the Express newspaper.

“For one thing, it is not fair on the animal. It might be in luxurious surroundings, but an engine firing up is like a firecracker or bomb going off for a dog. It’s not right.

“It just shows that Mercedes are bending over too far to please Lewis. There is absolutely no way McLaren would have allowed it. Lewis wanted more freedom from McLaren and he has got that, but it can go too far the other way.

“Lewis has to decide if he wants to be an F1 driver or a hip-hop star. At the end of the day, you have got to respect the job that you are doing.

“He went to Mercedes with the reputation of being the man who would get the job done. Niki Lauda took the credit for getting him in there.

“Niki is a experienced former driver who won three world titles. You don’t do that just being quite nice and he should be there trying to help Lewis work his way through the problems and point out what Mercedes expect from him.

“If your life was on the line and it was all down to one lap, you would back Lewis over Nico every time. But it is just not happening for him at the minute and he needs to start working out why.”

The Brit also called on his compatriot to respond to the challenge laid down by his team-mate Nico Rosberg, who raced from pole position to the victory in Monaco while Hamilton dropped from P2 on the grid to fourth.

“Lewis needs to respond now and quickly resolve the issues. If you keep getting beaten by your team-mate then you damage your own commodity.

“Other competitors then spot that you have a flaw and they will dismiss you. Very quickly you are off their radar and when that happens it is very difficult to recover.”