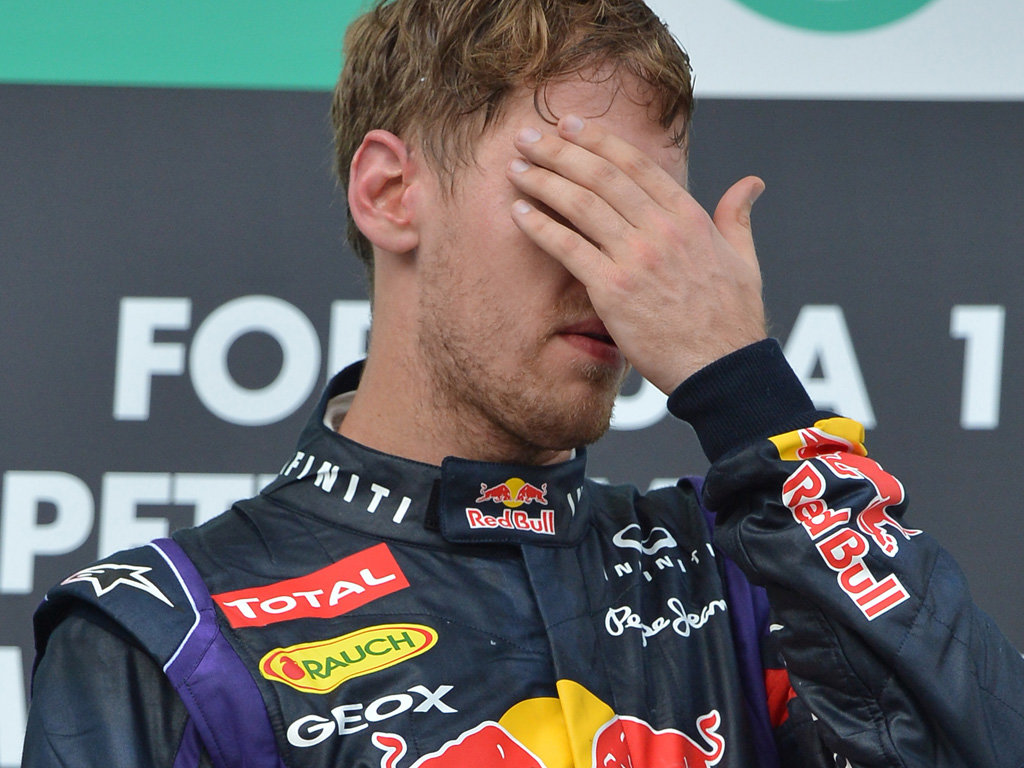 John Watson feels Red Bull should suspend Sebastian Vettel for one race following his antics at the Malaysian Grand Prix.

Three-time World Champion Vettel was ordered by team principal Christian Horner not to overtake team-mate Mark Webber during the latter stages of the race at Sepang, but he ignored the calls and eventually went on to win ahead of the Australian.

The result didn’t go down well with a lot of people and even though Vettel apologised to Webber, former F1 driver Watson believes the Milton Keynes squad should take further action.

“The only conclusion I can reach is that Vettel should be suspended for the next grand prix,” he said.

“You can’t take the points away from him and give them to Mark Webber – that’s now history and Sebastian has the benefit of those seven additional points.

“You can’t really fine him, it is almost irrelevant to fine him, so the only purposeful way to bring him to book is to say ‘you will stand out one race’.”

It is not the first time that Vettel and Webber have not seen eye to eye as there were also fallouts at the 2010 Turkish and British Grands Prix.

Webber said during Sunday’s post-race interviews that he felt “Seb made his own decisions today and will have protection as usual”.

Watson warns that their relationship could deteriorate from here on in.

“I think once the blood has cooled down and the team get the two drivers together, Webber will see the season out, but it will be a very fractious relationship,” he added.

“I don’t know what favours Mark Webber can be asked to provide to Sebastian Vettel if that should ever arise in the future.”