Home Uncategorized ‘We didn’t ask Nico to miss the chicane’ 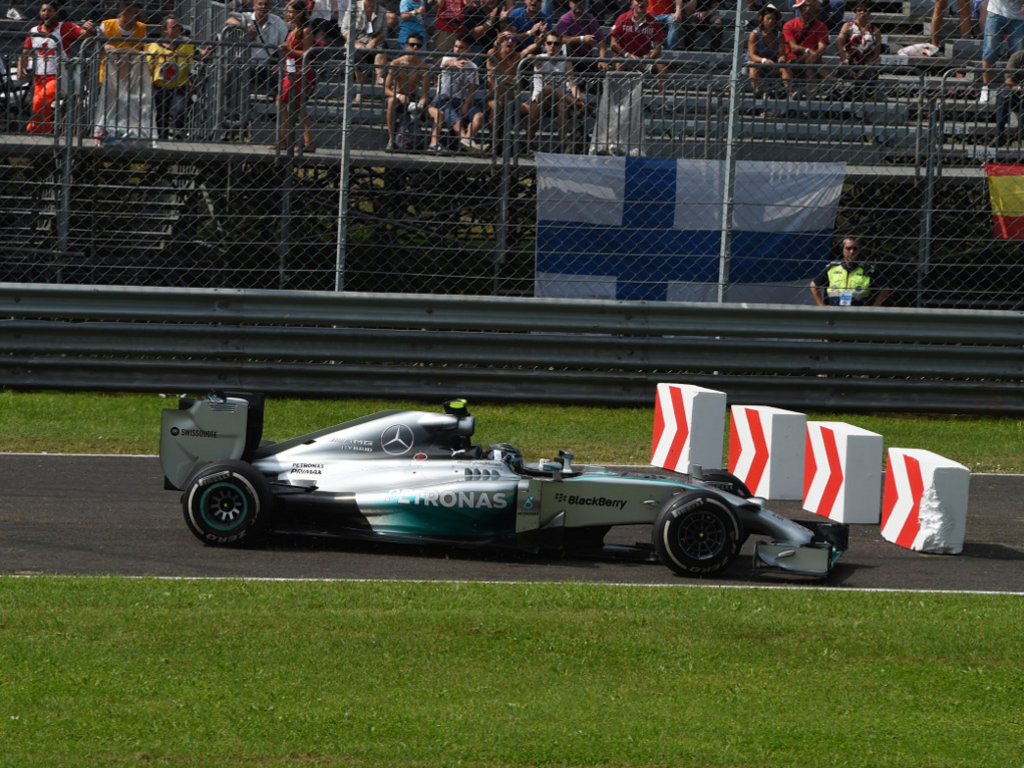 Toto Wolff has dismissed suggestions that Nico Rosberg was asked to miss the chicane at Monza as punishment for the Spa fallout.

Starting P2 behind Lewis Hamilton on Sunday, Rosberg found himself in the lead of the Italian Grand Prix at the first corner after getting off the line quicker than his Mercedes team-mate.

He built a handy lead, but he went off the track at the first chicane twice and had to battle his way through the bollards to get back on the circuit. The first time it allowed Hamilton to close the gap and the second time the Brit went into the lead.

Hamilton went on to win the race with Rosberg finishing second.

When asked after the race if Rosberg’s off-track excursions were part of his punishment for colliding with Hamilton at the Belgian GP, Wolff told BBC Sport: “That was a perfect result, it was very exciting, there was no touching but still some great racing.

“You mean did we tell Rosberg to miss his brake and miss the chicane and allow Lewis to pass him? No not at all.

“This is for the drivers World Championship, Nico was under massive pressure from Lewis and Lewis deserved the win today. His pace was awesome and that’s why he won it.”

Mercedes non-executive chairman Niki Lauda, who was critical of Rosberg after the Spa incident, was pleased that the team had a drama-free race.

“After the start problem, which was down to the car, he really made a good recovery,” he said.

“We had plans before the race, what they should and shouldn’t do, and the whole thing was over after the start.

“We have to ask him what happened. But Lewis gave him a lot of pressure. Both of them, they were lapping very close. Lewis made it. I’m happy for Lewis and for Nico.”