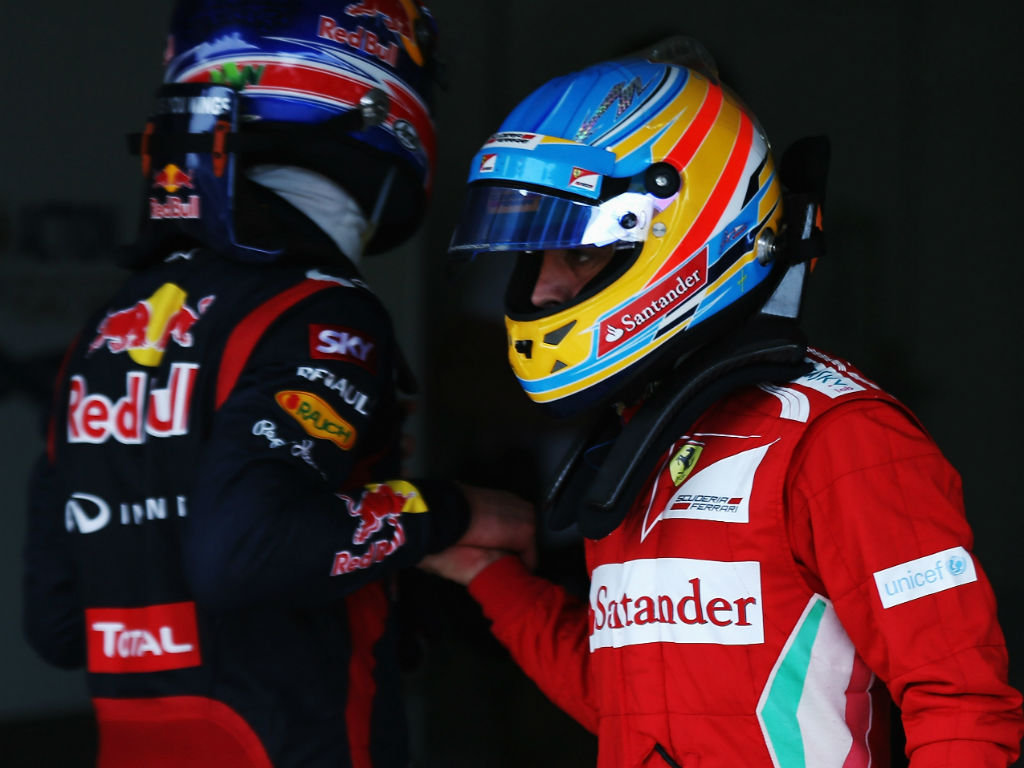 Mark Webber is the latest to sing Fernando Alonso’s praises, saying the Ferrari driver “couldn’t have done much more”…

Mark Webber is the latest to sing Fernando Alonso’s praises, saying the Ferrari driver “couldn’t have done much more”.

Alonso finished runner-up to Webber’s Red Bull team-mate Sebastian Vettel in the Drivers’ Championship as the German outscored him by just three points.

The Spaniard, though, has received plenty of praise for the way he performed this year despite not having the best car on the grid while team bosses have voted him driver of the season.

“I don’t think he put a wheel wrong all year,” Webber is quoted as saying by Autosport.

“That’s the reason I think he’s so disappointed. He felt he probably did everything he could.

“Was it his best season ever in terms of what he did? It could well be. He couldn’t have done much more.”

The Australian jokingly added that holding off Alonso for victory at the British Grand Prix proved to be key in the outcome of the Championship.

“To still miss out by just three points – it was lucky I passed him at Silverstone…” added the veteran.

Vettel, meanwhile, insists that even though Alonso had a very good season, he is happy that “it was us and not him”.

“I respect him as a driver for the fact he is fighting and he is one of the best drivers we have in F1, but you look after yourself,” said Vettel. “We were fighting quite a lot as well. I don’t want to put a perspective on who was fighting more or harder, that’s not the point.

“It’s a long season, there’s a lot of races and in the end the guy who wins the most points wins the Championship.

“Of course I am very happy it was us and not him.”

Despite being the youngest World Champion to secure a hat-trick of titles, the German often has to listen to critics who claim “it’s the car and not the driver” while Alonso gets f